Donald Trump turns to extortion as he struggles in the polls 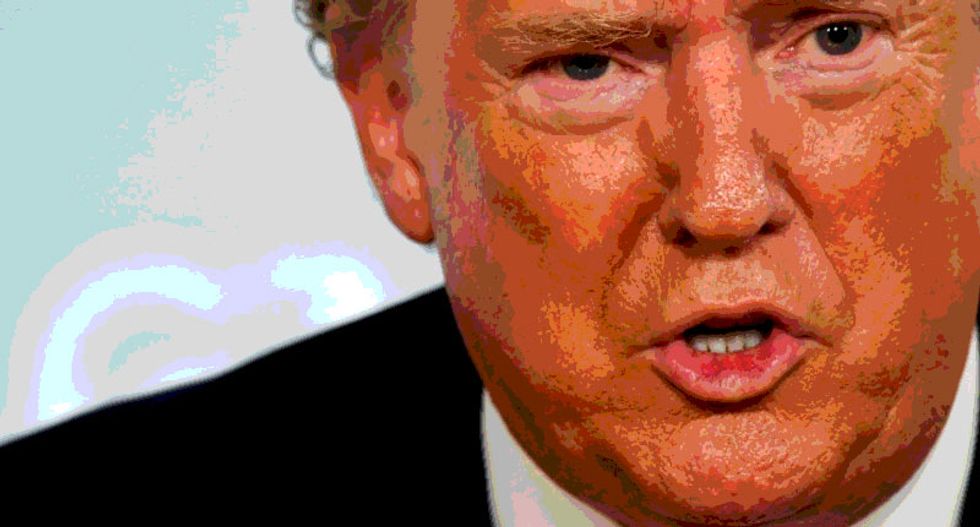 In conversations about Donald Trump’s contempt for the rule of law, civic-republican institutions and democratic norms, you have probably run into the following. The president’s term ends January 20, 2021. If by then the election has no clear winner, and that could be the case, the constitutional order of succession goes to US House Speaker Nancy Pelosi. Don’t you worry. Similarly, in conversations about the role of the US Supreme Court, if it ends up deciding the election, you have probably heard the following. Whoever the new justice is, he or she won’t be involved in the court’s ruling, because professional legal ethics require recusing himself or herself. Don’t you worry.

I say worry. I say there’s no reason for such uncritical faith. Indeed, insisting otherwise is making the problem worse. The president has melded his reelection campaign to the United States government. They are no longer, in effect, separate entities. Trump has demonstrated in miniature (think: Portland and the district’s Lafayette Square) what his secret police force is capable of. He and Republican campaign operatives are negotiating with swing state Republicans to appoint loyal electors ready to ignore the popular will in his favor. As for the Supreme Court, he could not be clearer about his expectation that loyal jurists hand down victory. I haven’t even mentioned his putting conditions on something that cannot be conditional in a free, fair and open society.

“Well, we’re going to have to see what happens,” the president said Wednesday when asked if he’d commit to the tradition of a peaceful transfer of power. “You know that I’ve been complaining very strongly about the ballots and the ballots are a disaster. … I understand that, but people are rioting. … Get rid of the ballots, and you’ll have a very—we’ll have a very peaceful, there won’t be a transfer, frankly. There’ll be a continuation. The ballots are out of control. You know it. And you know who knows it better than anybody else? The Democrats know it better than anybody else” (italics mine).

What should be happening is not. Respectable white people in the Washington press corps (“white normies,” as Liberal Currents’ Paul Crider called them) and the GOP (people out of power, like George W. Bush) should be taking to the air to explain to fence-sitting white voters that Trump is planning to rig the election via electors, via justices, or via extortion. When a sitting president says maybe he’ll sorta kinda promise a peaceful transfer of power, what he’s really saying is I win or something really bad happens. It’s important to remember two things at this point. One, the number of white-wing vigilantes prepped to strike. Two, the degree the US government is Trumpified. The adults are purged. Much that remains are opportunists, degenerates and loyalists. There’s no good reason to think he’ll leave on his own. There’s no good reason to believe a new Supreme Court justice will recuse himself or herself.

What should be happening is not. The press and pundit corps continue covering this election as if the president’s authoritarian behavior were a bug, not a feature of his dangerous politics. Even Jonathan Bernstein could not help writing a column this morning arguing that polls point in the direction of unified government under Joe Biden, except for this colossal asterisk: “(All this assumes that Trump’s attempts to overturn the election results if he loses—which he mused about again on Wednesday—are unsuccessful. Yes, we've reached the point where such disclaimers are necessary. No, that isn’t good news for US democracy.)” Putting conditions of the peaceful transfer of power (indeed, threatening voters with extortion) is not a moment for polite disclaimers. It’s the body of the story itself. Everything else should be secondary. (In fairness to Bernstein, he did warn of democracy crashing under this president.)

An overwhelming blue wave might be enough to defeat him (presuming the results of the vote are clear, and that the impact will be felt by Republican leaders fearing for their political lives, not the president himself). But the only way to mitigate, though, alas, not prevent, a bloody transfer of power is a collective effort to discredit Trump. His source of strength is respectable white people continuing to believe him. These voters must be made to see that they are being threatened, that they are being lied to, and that a vote for a Democrat is a vote for individual liberty. A free, fair and open society cannot stop murderous lone wolves—America knows this better than any country—but murderous lone wolves tend to take respectable white opinion seriously enough that it can dampen rages for extra-legal means of getting what they want politically.

What’s preventing this from happening, I now believe, isn’t cynicism, greed or even cowardice so much as the uncritical and categorical faith that everything’s going to be all right. Faith in everything being all right is blinding good people from seeing the reality they must first see in order to take difficult, responsible and patriotic action.