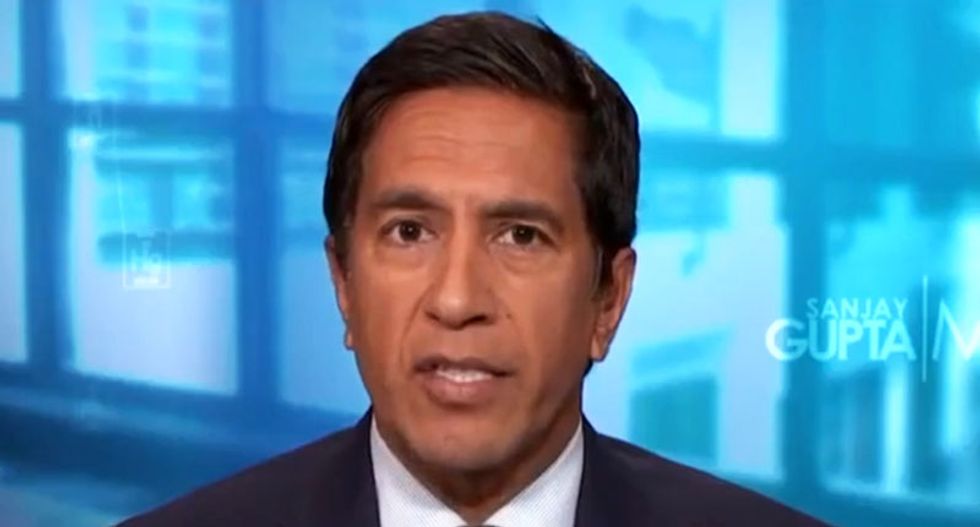 "There seems to be a clear divide that is now occurring between many of the federal health officials and the rest of the medical establishment in this country. I've never seen anything quite like it," said Gupta. "What Dr. [Eric] Topol is saying, basically, is look, you made such an egregious error, referring to [FDA commissioner] Dr. [Stephen] Hahn, that it's completely unacceptable or unbelievable that it was just an error. That was a strategic sort of lie, essentially, is what Dr. Topol is saying about Dr. Hahn. And you did it to try and sell something to the American people that was not fully baked. I mean, this was strong language. And you know, he's saying, you've got to tell the truth, tell people that you were politically pressured, or you need to resign."

"Dr. Topol's not the only one saying this," added Gupta. "He may have been the most candid. He has a Medscape platform by which to do it. But the number of calls I've been getting — I was operating in the hospital yesterday. The number of people who come up to me and tell me, look, we're worried, we're head down in the hospital, trying to do our work, take care of patients. We cannot believe the dumpster fire that is occurring right now with regard to the handling of this pandemic."

"We do need to engender trust again in the American people, but we've got to establish the trust first," added Gupta. "And right now, I think a lot of people are concerned it's not there."