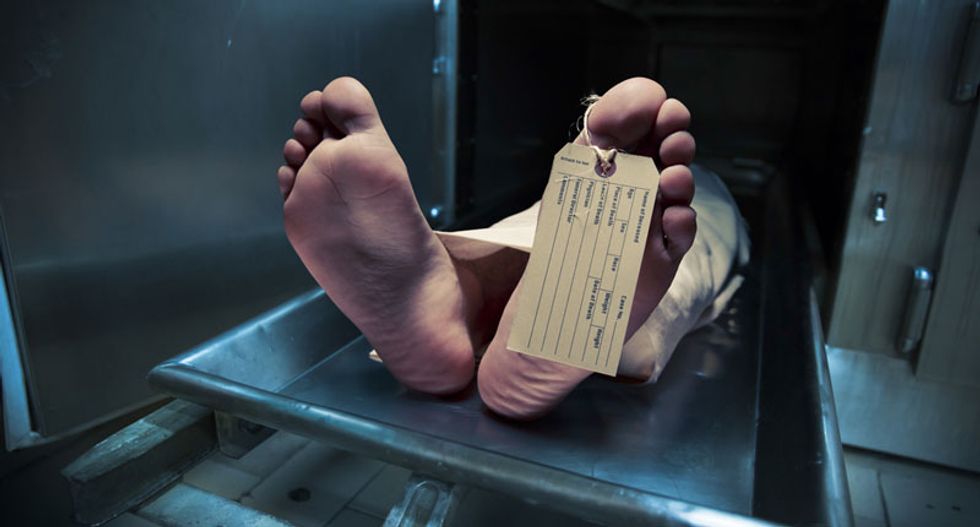 Economist Dean Baker, the cofounder of the Center for Economic and Policy Research (CEPR), feels he must ask if Trump-loving governors are putting their own citizens' lives at risk to help President Donald Trump's re-election bid.

In a new analysis posted at CEPR's website, Baker notes that many red states have recently seen a spike in COVID-19 positivity rates, which he thinks suggests that they aren't doing nearly as much testing as they should be.

"In states with high positive rates, governors have been less concerned about tracking the spread of the pandemic," he writes. "This is a matter of life and death for tens of thousands of people, since if a person knows they are infected, they can take steps to protect their co-workers, friends, and family. If they don’t know, they will likely get many of these people infected as well."

The upside for these governors is that, as Trump has repeatedly said, if they slow down testing, their total case numbers might look better.

"Eight of the ten states with the highest positive rates have Republican governors," he writes. "The exceptions are Wisconsin and Kansas. Wisconsin stands out as being the worst state by this measure.  This could be the fault of its Democratic governor, Tony Evers, but the Republican controlled legislature may also be a factor. The legislature has repeatedly taken steps to thwart Evers’ effort to contain the virus, as has the state’s Supreme Court."

Baker concludes that while "the sharp contrast, with blue states having very low positive rates, and red states having very high rates, does not prove that Republican governors are deliberately restricting testing," it should nonetheless "be the basis for some serious questioning of these governors."