Eric Trump: My father will concede to Biden if he gets 'blown out of the water' 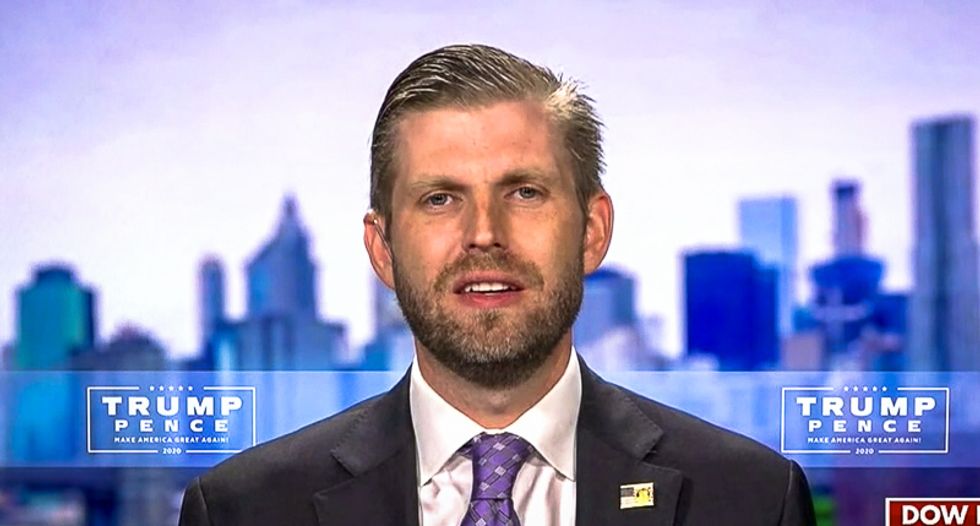 According to the Las Vegas Review-Journal, Eric Trump said during a campaign trip in Nevada that President Donald Trump will, in fact, concede to Joe Biden if he decisively loses the race.

“I think my father’s just saying listen, if he got blown out of the water, of course he’d concede,” said Eric Trump. “If he thought there was massive fraud, then he’d go and try and address that.”

This week, the president repeatedly refused outright to commit to honoring the peaceful transition of power — and suggested that he needs to fill the vacancy on the Supreme Court ahead of the election to make it easier for him to contest mail-in ballots.