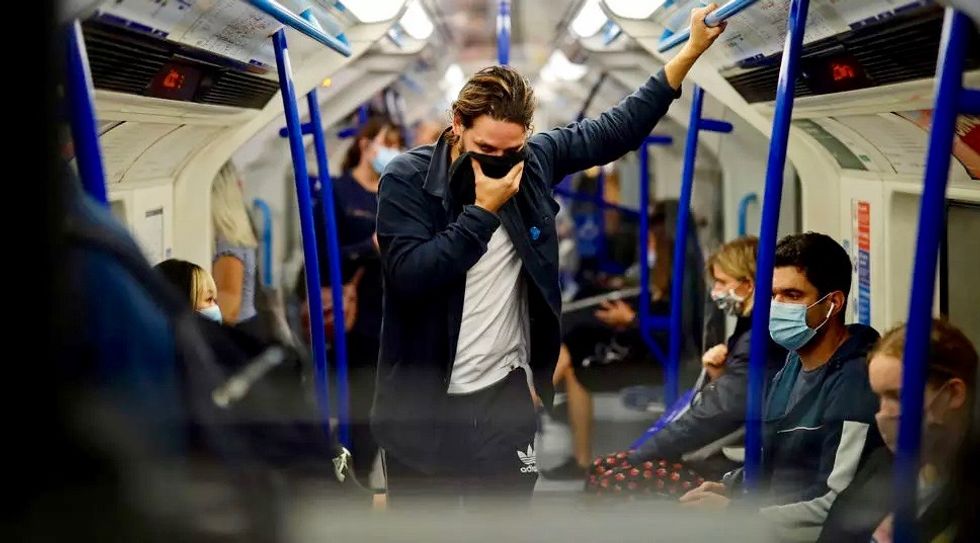 The EU raised the alarm Thursday on coronavirus saying the epidemic is worse now than at the March peak in several member countries, as governments in Europe and beyond reimpose drastic restrictions.

EU Health Commissioner Stella Kyriakides warned that in "some member states, the situation is now even worse than during the peak in March."

"This is a real cause for concern," she said, urging new measures to head off a second wave of the virus, which has killed at least 978,448 people worldwide since the outbreak emerged in China late last year.

The death rate has not returned to the levels seen earlier this year, but cases of new infections are soaring once again in many areas of the bloc.

The seven have "an increased proportion of hospitalised and severe cases" among older people and "increasing or high death notification rates are already observed... or may be observed soon," said the European Centre for Disease Control and Prevention (ECDC).

Other countries such as France and Britain have observed rising infection rates primarily among younger people, who are less at risk of developing severe symptoms.

But these too are on a worrying path as older people are increasingly infected, the ECDC said.

Israel and France were among the latest nations to tighten infection control measures, shuttering restaurants, workplaces or gyms as businesses already hammered by lockdowns at the start of the year struggle to stay afloat.

France's health minister on Wednesday announced drastic restrictions in some particularly hard-hit areas of the country.

In the southern city of Marseille, bars, restaurants and gyms will close while bars in Paris and 10 other cities will close at 10:00 pm. Gyms will also be shuttered in the capital.

Israel, which has the world's highest coronavirus infection rate as a proportion of its population, has gone even further.

Last week, it imposed a second nationwide lockdown that included school closures and restrictions on work and leisure.

But realising that wasn't enough, with some hospitals reaching capacity, it decided Thursday to toughen its measures still further.

The new rules will close the vast majority of workplaces, shutter markets and further limit prayers and demonstrations.

As restrictions are being imposed, so protests and anger are rising as businesses worry about their survival and individuals fret about their jobs, relatives and mental health.

Paris Mayor Anne Hidalgo said Thursday she had lodged a formal protest over her city's new restrictions, particularly the closure of gyms.

"How will the fact that we can no longer exercise help us, while sport is an important part of keeping us healthy with strong immune systems?", she said.

Health experts also warned that governments risked losing the trust of the population.

"When there is no plan, no logic, the public loses its trust," he said.

For some, that lack of trust also extends to the rush to get out a vaccine, with nine candidates worldwide currently in final clinical trials.

In Russia, a vaccine has already been approved even though full clinical trials have yet to be completed, raising concerns about its safety.

On Thursday, Russian cosmonauts set to blast off for the International Space Station (ISS) said it was too early to get the vaccine touted by President Vladimir Putin.

"I'd personally say that I would not get vaccinated because I tread very carefully on this issue," said Sergei Ryzhikov, the leader of the next expedition to the ISS in October.

But on a rare positive note, Olympic boss Thomas Bach said the Tokyo Games could take place next year even without a vaccine.

"A number of big sport events have been successfully organised recently," he said, pointing for instance to the success of the Tour de France.

Elsewhere in the world of sport, Swedish striker and AC Milan star Zlatan Ibrahimovic, 38, has tested positive for coronavirus, his club announced on Thursday.

Michael Steele issues dire warning: 'Marjorie Taylor Greene will be the most powerful Speaker of the House'

Rep. Marjorie Taylor Greene (R-GA) will essentially act as Speaker of the House if Kevin McCarthy gets the job, according to former Republican National Committee chairman Michael Steele.

Donald Trump still controls the party, and is likely to win the GOP nomination for president in 2024, but Steele told MSNBC's "Morning Joe" the party was fully in the thrall of an increasingly extreme base personified by Greene, was just re-elected to her second term in Congress.