Even Trump’s own health care advisers know nothing about the ‘mythical’ health care plan he brags about: columnist 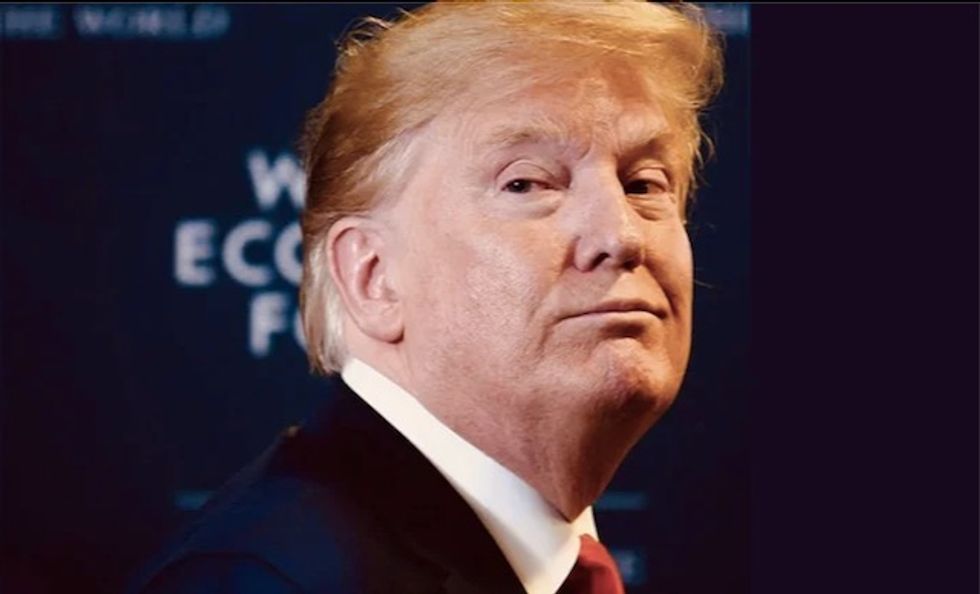 Throughout the 2020 presidential election, it has been obvious that while Democrats and their allies support universal health care — either through an aggressive expansion of Obamacare as former Vice President Joe Biden and Sen. Amy Klobuchar have advocated or through the type of Medicare-for-all program proposed by Sen. Bernie Sanders and Sen. Elizabeth Warren — President Donald Trump and other Republicans have no problem with ripping away health insurance from millions of Americans. Trump has maintained that he has a “terrific” plan for health care, but he hasn’t been offering any specifics. And liberal Washington Post columnist Catherine Rampell, in a September 17 column, stresses that even Trump’s own health care advisers don’t know about his “terrific” plan.

The columnist adds that during his presidency, Trump has “boasted about the benefits of his plan. It would be cheaper yet somehow also more generous than Obamacare. It would be ‘so easy,’ even though ‘nobody knew health care could be so complicated.’ It would ‘take care of everybody,’ even as it took literal care away from many. This plan was always ‘two weeks’ away.”

During a townhall event moderated by ABC News’ George  Stephanopoulos in Philadelphia on Tuesday, September 15, Trump came face to face with voters who had preexisting health conditions and were worried about the perils they will face if the protections of the Affordable Care Act, a.k.a. Obamacare, are abolished by Republicans. Trump, railing against the ACA, reiterated his empty promise to replace it with a “much better plan.”

Rampell writes, “Alas, Trump remains unable to share this ‘much better plan’ with the public — or, it seems, anyone within his administration. A day after Trump’s townhall statement, several senior health officials testifying before the Senate were asked whether they were aware of any specific administration proposal to replace Obamacare.”

The Post columnist notes what Adm. Brett Giroir, assistant secretary for health at the U.S. Department of Health and Human Services, had to say: “I’m not involved in the replacement plan. I don’t know what that is. I supply public health advice as much as I can for whatever that plan would be.”

Rampell adds that when Robert Kadlec, assistant secretary for preparedness and response, was asked about Trump’s “mythical proposal,” he said,  “I have no awareness of that.” And Dr. Robert Redfield, director of the Centers for Disease Control and Prevention, said, “I’m not aware of one” when asked about an ACA replacement plan.

Using a clever “Get Smart” reference, Rampell humorously writes, “In other words, Trump’s brainchild is so sensitive, so secret, it must remain within the cone of silence. There it will stay, under lock and key, presumably alongside evidence from Area 51, the names of the real Kennedy assassins and the nuclear codes.”

As long as Democrats have a majority in the U.S. House of Representatives, the chances of an Obamacare repeal bill getting through the House are slim and none. But far-right Republicans have been trying to end the law via the courts, totally indifferent to the widespread suffering they will cause if millions of Americans lose their health insurance because of them.

“Trump has asked the Supreme Court to strike down Obamacare, including its protections for those with preexisting conditions,” Rampell explains. “The Court is scheduled to hear arguments a week after the election. Maybe by then, we’ll have seen Trump’s replacement plan. Or maybe he’ll simply claim he’s already signed it into law and hope no one notices. Placebos sometimes work, you know.”