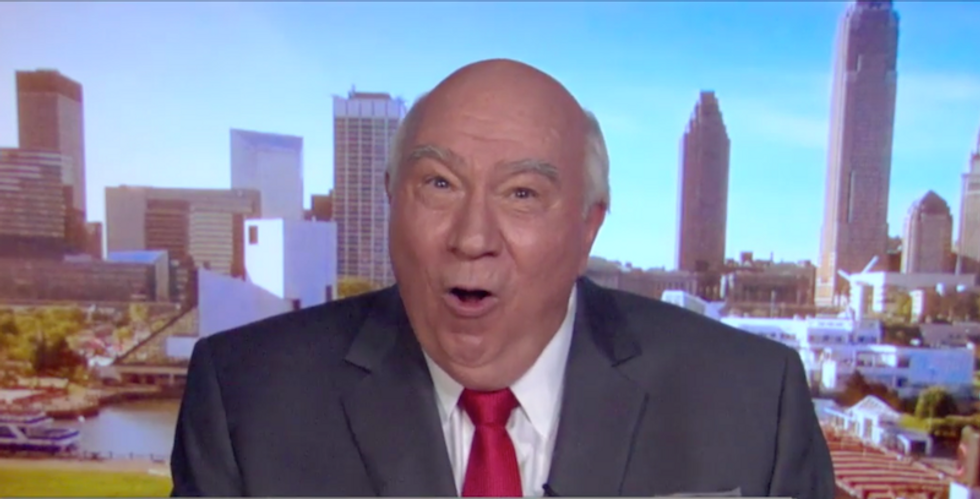 According to West Virginia Public Broadcasting reported on the filing at the Department of Labor Wednesday, recalling that Murray and his company fought mine safety regulations aimed at protecting those in the field from the disease.

“I founded the company and created 8,000 jobs there until the move to end coal use. I am still chairman of the board,” he wrote on the form, which was obtained by the Ohio Valley ReSource, a regional journalism collaborative with WVPB. “We’re in bankruptcy, and due to my health could not handle the president and CEO job any longer.”

Murray, who uses an oxygen tank, said that he is still in the early stages of the disease and he's consulting with experts "to determine the party potentially responsible for paying out the associated benefits." The Labor Department requires such information to define liability.

The claim says that the 80-year-old Murray is "near death."

“During my 63 years working in underground coal mines, I worked 16 years every day at the mining face underground and went underground every week until I was age 75,” Murray said in the claim.

“It's idiopathic pulmonary fibrosis. IPF, and it is not related to my work in the industry. They've checked for that,” Murray said in an interview with NPR. “And it's not — has anything to do with working in the coal mines, which I did for 17 years underground every day. And until I was 76, I went underground twice a week.”

Murray has been the source of jeers from HBO host John Oliver, who fought a lawsuit against Murray for years, prompting an extensive episode on SLAPP suits and that ended with a fiery musical number, kickline, singing lawyers and squirrel barbershop quartet.

"North American Coal Corporation is named as one potentially liable party in Murray’s claim for the benefits," the sort said, citing the documents from the claim. Murray said that he was employed there from May 1957 to October 1987 "where he ascended through its ranks, first as a miner before taking on the role of president."