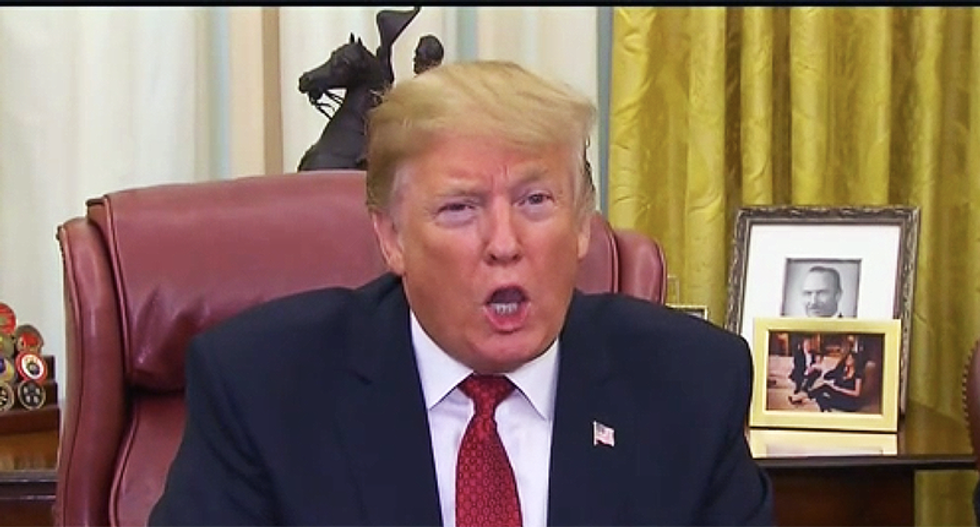 Former Donald Trump official Miles Taylor explained in a CNN.com editorial explaining why Olivia Troye should be trusted as she comes forward about what she witnessed during the coronavirus task force meetings with the president.

"She was on the [Covid-19] task force as some kind of lower-level person," Trump said in response to questions about her allegations that his top priority was his appearance and not protecting Americans.

At one point in her descriptions of a meeting, Troye was sitting next to Trump. She was the only White House officials to serve on the panel from the beginning.

Trump has tried to claim that he doesn't know who she is, but with someone who sat in every meeting, who was known, by name, by Dr. Anthony Fauci and enough of a threat that the White House brought out a lieutenant general to try and discredit her.

Fauci told MSNBC's Chris Hayes in an interview that Troye was a "good person" and he considered her an important part of the task force.

Tuesday, the excuse was that she was "fired" and had to be escorted from the building. The problem, of course, is that in days previously, the White House had passed around her resignation letter thanking everyone for the hard work they did with her. They can't tout her resignation letter one minute and then claim she was fired the next. At the same time, when Lt. Gen. Keith Kellogg came out to attack her, Troye posted a screen capture of a social media post she'd made showing the coin that he sent her thanking her for her service.

Taylor recalled “Kellogg ... gushed to me earlier this year that Troye was a huge asset to the team and that they were lucky to have her.”

The attacks are a tactic that Trump's team uses when anyone says anything negative about him. They never provide any proof that the accusations were false or outline the opposite of what was being said. They turn straight to character assassination and try to destroy the person's life. People have been doxxed, swatted, bomb threats have been sent along with other death threats and attacks.

The Army had to provide personal security for Lt. Col. Alexander Vindman after he testified to Congress in a way that upset the president. Trump reportedly asked how he could prosecute his former opponent Hillary Clinton and former FBI Director James Comey. Trump got Attorney General Bill Barr to try and block Michael Cohen's Constitutional right to speak out against Trump publicly in a manner that the judge called "retaliatory."

"Trump can't dismiss the criticism as 'fake news' from anonymous sources. We aren't hiding. We are named witnesses to Donald Trump's unfitness for office," wrote Taylor. “Troye in particular should be remembered. She had everything to lose and nothing to gain by standing up to the most powerful man in America.”

Read the full editorial at CNN.com.