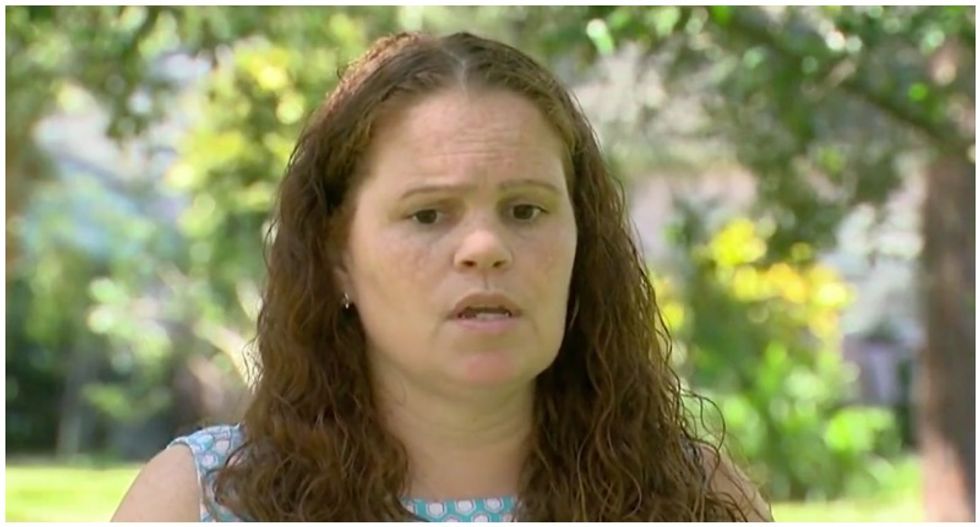 Damaris Allen commented on a friend's Facebook post about students wearing face masks in school, but when a woman chimed in with an angry comment, things got out of control, WFLA reports.

Florida's Hillsborough County Classroom Teachers Association says the same woman made threatening comments on their Facebook page before she was blocked.

“She was accusing the whole union, all teachers of being pedophiles,” HCTA Executive Director Stephanie Baxter-Jenkins said. “Obviously for teachers that is a particularly offensive and problematic allegation given they are around children all of the time."

The woman, who used the screen name "Elena AQ,"  was identified as Elena Luyo of Tampa by local news reports. According to WFLA, Luyo denied that she was issuing threats, but admitted she uses strong language sometimes on social media. She then reiterated her opposition to face masks.

“There is no science backing it up. They represent a collective communist society. It’s a representation of China. I mean the masks come from China,” Luyo said.

“They admitted in their member-only group that they snuck into our group like dirty little weasels,” she added.

Luyo claimed that the tension started when several teachers infiltrated a Facebook group she belonged to that is anti-mask. But Allen says she has no idea what Luyo is talking about.

Watch News Channel 8's report on the story below: