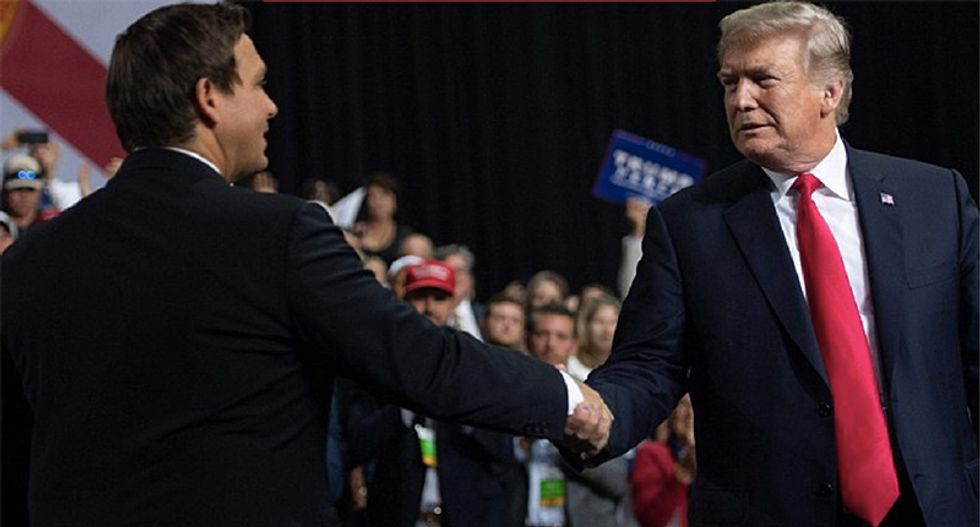 President Trump must win Florida in 2020. Polls already give a slight edge to Joe Biden, and the recent death of Supreme Court Justice Ruth Bader Ginsburg  could bring out even more voters. As the Los Angeles Times points out, the coronavirus pandemic began to eat away at Trump's popularity in the state sometime around June. To date, the virus has killed 13,800 people in Florida.

The Times tells the story of Priscilla Skalka, who voted for Trump in 2016, but now thinks he lacks what it takes to run the country.

"The pandemic has upended Skalka’s life, first with depression as it kept family away, then with a terrifying case of COVID-19 that put her in intensive care at a St. Petersburg hospital," the Times' Michael Finnegan writes. "She believes Trump failed to take the threat seriously early on."

Speaking to the Times, Republican strategist Alex Conant agrees that the politics of the pandemic hurt Trump in the state over the summer. "Florida is a very senior-heavy state, and seniors were more concerned, understandably, than other voters about the pandemic," he said.

Additionally, Trump's hostile and racially charged response to Hurricane Maria two years has given Biden an opening to go after people in the state with Puerto Rican heritage.

“It’s really kind of a serious issue for a lot of people,” said Thomas Eldon, a Democratic pollster in Florida. “They just want to live.”

Read more over at The Los Angeles Times.