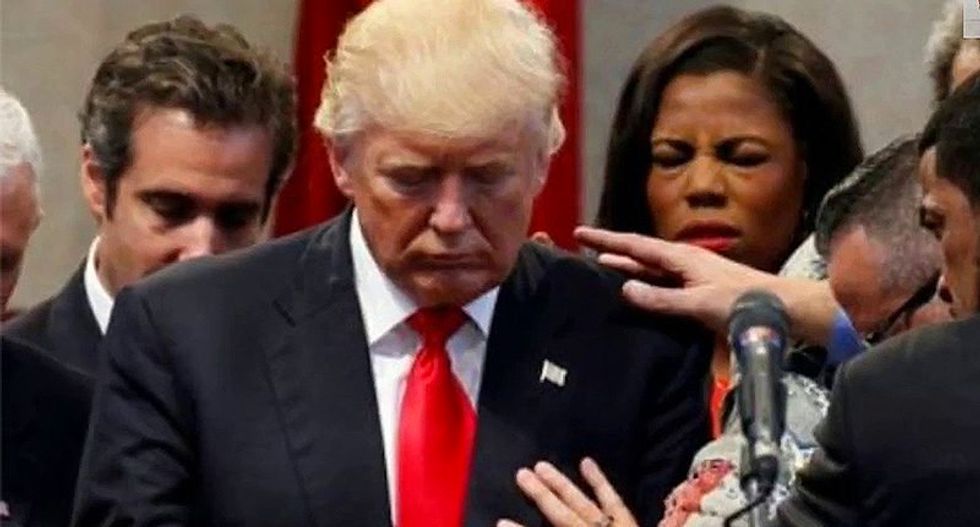 Former aides to President Donald Trump tell The Atlantic's McKay Coppins that the president regularly mocks his own evangelical Christian followers behind their backs.

In particular, the aides say the president sees many evangelicals in the same way that he reportedly sees American soldiers who died during World War I as "suckers" and "losers."

However, the president nonetheless seems to have genuine respect for certain religious leaders whom he sees as fellow con men who are getting rich from taking advantage of their followers' religious devotion.

"Trump seemed to feel a kinship with prosperity preachers -- often evincing a game-recognizes-game appreciation for their hustle," Coppins writes. "The former campaign adviser recalled showing his boss a YouTube video of the Israeli televangelist Benny Hinn performing 'faith healings,' while Trump laughed at the spectacle and muttered, 'Man, that’s some racket.'"