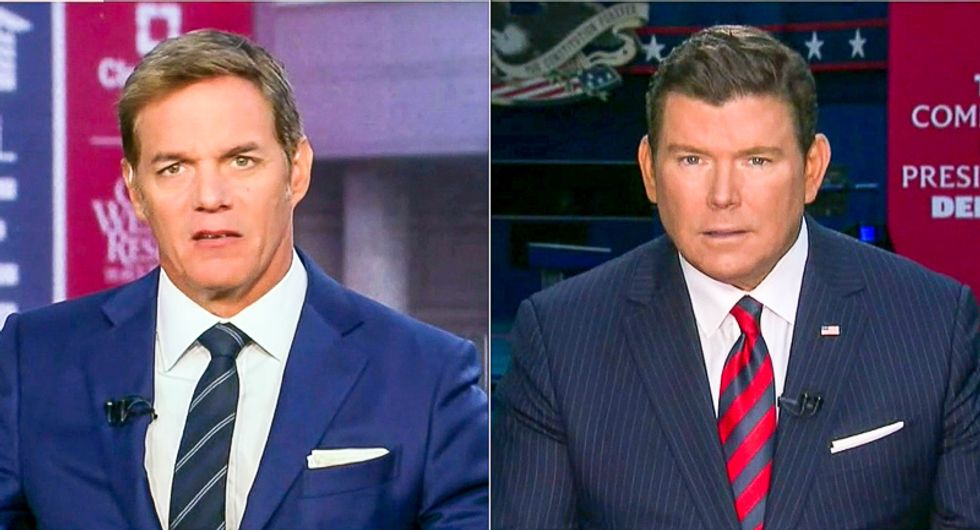 Fox News reported that Democratic presidential nominee Joe Biden may be planning to use listening devices during Tuesday night's debate.

During a discussion with Fox News anchor Bret Baier, host Bill Hemmer relayed information from one of his colleagues, which critics of the network say was likely planted by the Trump campaign.

"The Trump team asked to inspect the ears of each debater for electronic devices or transmitters," Hemmer announced. "The Biden team has not consented to that."

"The Biden team wanted a break every 30 minutes, the Trump team said we will not have that," he added.