Fox News host rebuts Trump aide after attack on Chris Wallace: 'He is going to ask the smart questions' 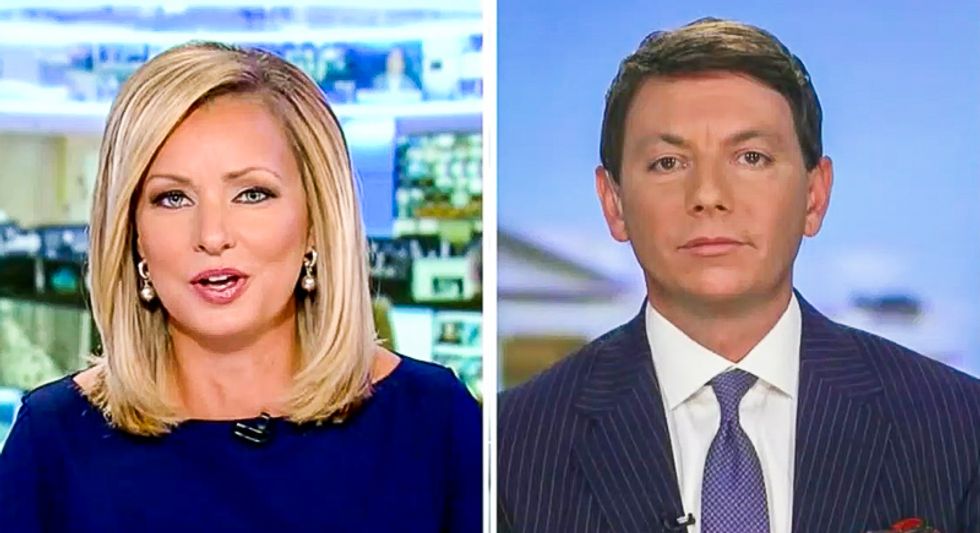 During an interview on Fox News, host Sandra Smith argued that President Donald Trump and his campaign have "set the bar pretty low as far as what we'll see from Joe Biden."

"We haven't set the bar low at all," Gidley insisted. "Joe Biden's own comments and rhetoric sets the bar pretty low."

"But let's be clear, the mainstream media is going to do its level best to cover for Joe Biden no matter what he says or what he does," he continued.

"Is the president actively preparing for that debate?" Smith wondered.

"I'm not going to get into the specifics," Gidley said before lashing out at debate moderators. "Joe Biden doesn't get that kind of testing. He gets questions like, 'What's you favorite color? What kind of tree would you be?'"

Gidley asserted that Biden "is an expert at these debates."

"The point I was simply making about the media is regardless of what Joe Biden says or does on the debate stage, they will declare him the winner," he added. "Because if you can say one thing about the media, they protect their own. And Joe Biden has embraced all the radical policies that the media embraced for years. And they want him to win."

"So they're going to do whatever it takes to declare him victorious after that debate," Gidley said.

"Well, the person sitting in that chair asking the questions Tuesday night is Chris Wallace," Smith pointed out before defending her colleague.

"He is going to ask the smart questions," she remarked, "and the questions the American people want to know."