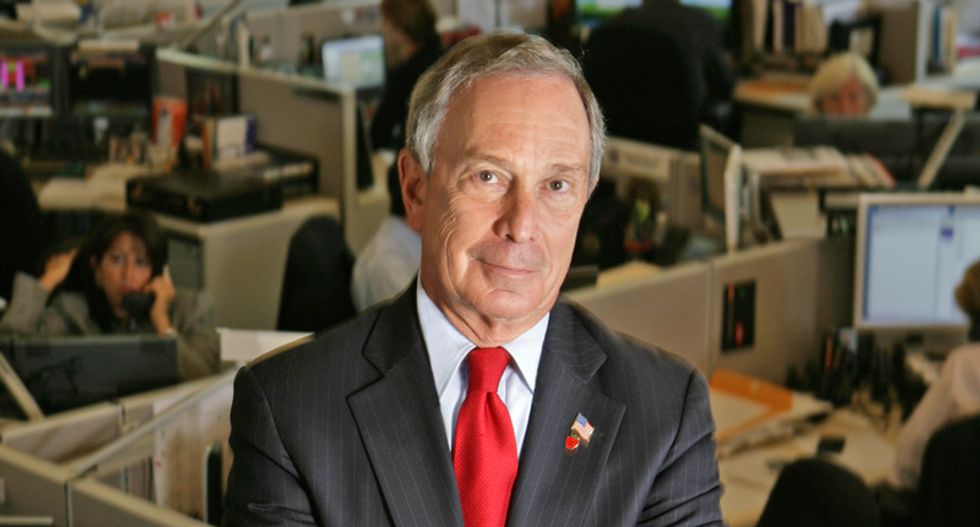 Florida Attorney General Ashley Moody’s call for state and federal investigations into billionaire Michael Bloomberg’s effort to raise millions to pay off court fees to help Florida felons restore their voting rights was a “gross abuse” of power, “voter suppression,” “a fearmongering tactic used before” and based on a “fundamental misconception” of anti-corruption laws, according to experienced campaign lawyers and former federal election regulators.

“It’s not just that an investigative process and grand jury proceedings would likely extend past Election Day, but also that we’ve seen this fearmongering tactic used before,” said Jonathan Diaz, legal counsel at the Campaign Legal Center in Washington, D.C., founded by Trevor Potter, a Republican and ex-Federal Election Commission (FEC) chair. “There are countless examples of elected officials or law enforcement announcing ‘bombshell’ investigations like this with no evidence of actual wrongdoing (for example, recently in Texas and Georgia) and indeed, no actual conclusions that any misconduct has taken place.”

It’s “outrageous and likely an extortionate threat designed to suppress the vote and deny citizens their constitutional right to vote,” said Benedict Kuehne, the Miami attorney whose team recently won a settlement to save digital images of ballots if there’s a presidential election recount. “Not at all unexpected. But still an abuse of power.”

The fray is the latest development in one of the nation’s most important voting rights battles. Two years ago, a majority of Floridians approved Amendment 4, which restored voting rights for nearly 1.4 million former felons. Florida’s Republican-led state government responded by passing laws and going to court to impede the rights’ restoration, mainly by requiring former felons to pay off all court fees and fines before being eligible to register to vote.

As legal battles are continuing in the courts—where delays mean that these Floridians won’t necessarily be eligible to vote this fall unless they pay fees that typically are between $500 and $5,000—many celebrities and philanthropists have been making donations to the Florida Rights Restoration Coalition (FRRC), which led the Amendment 4 campaign, to help pay the fees.

The FRRC raised about $6 million in the past year for that effort, the Miami Herald reported, noting that celebrities like NBA star LeBron James contributed. To date, FRRC has helped about 4,000 people pay off their fines, NPR reported, noting that an estimated 775,000 former felons have unpaid fines.

But a September 22 Washington Post report that said Bloomberg had raised $16 million to help about 32,000 people clear those debts prompted Florida Gov. Ron DeSantis to ask the state Attorney General Ashley Moody (both are Republicans) to launch federal and state anti-corruption investigations into Bloomberg’s effort.

Beyond the obvious election-year politics, the issue is what constitutes illegal vote-buying.

“I sent a letter to the Florida Department of Law Enforcement and the Federal Bureau of Investigation into potential violations of election laws,” Florida Attorney General Ashley Moody said via email. “And I have instructed the Statewide Prosecutor to work with law enforcement and any Statewide Grand Jury that the Governor may call.”

On September 23, Moody asked state and federal authorities to investigate whether Bloomberg’s efforts, as reported in the Washington Post, violated state and federal laws that make it illegal to give another person anything of value in exchange for their vote. That Washington Post report quoted an unnamed Bloomberg adviser who said that paying the fines “immediately activates tens of thousands of voters who are predisposed to vote for Joe Biden.”

“Governor DeSantis has asked that my office review recent allegations found in the enclosed September 22, 2020 Washington Post article and relevant law,” began Moody’s letter to the FBI and Florida Department of Law Enforcement. The letter cited a 2016 advisory opinion from Maria Matthews, Florida Division of Elections director, to a now-defunct political committee, saying that “[e]ven otherwise innocuous offering of an incentive simply to vote could run afoul” of corruption laws. Moody concluded, “it appears further investigation is warranted.”

The preceding paragraph in that 2016 opinion, which was not cited in Moody’s cover letter but was found in attached documents, said that the Division of Elections had concluded in the 1980s that Florida law “does not prohibit a person from giving an elector ‘a gift certificate or other consideration if the consideration is not intended to buy or corruptly influence another’s vote.’”

That advisory opinion identifies a tipping point—whether a gift is tied to an explicit vote. Its ambiguity—“[it] could run afoul”—is the hinge upon which Florida Republicans have launched an investigation into Bloomberg, implying, but not concluding, that he has crossed a line into vote-buying. That peg was all that right-wing media needed to start attacking Bloomberg.

On the other hand, the clearer prior precedents in Florida Department of State advisory opinions, and Florida and federal laws that absolve Bloomberg of any wrongdoing, are what has drawn extraordinarily strong denunciations of Moody’s actions by voting rights attorneys, former campaign finance regulators and Florida Democrats.

“Let’s not forget that Florida has spent the last year telling federal courts that these legal debts are simply criminal penalties that have nothing to do with voting and are therefore not a poll tax—but as soon as someone like [former New York] Mayor Bloomberg shows up and offers to help pay them, Florida turns around and accuses him of illegally buying votes,” said the Campaign Legal Center’s Diaz. “The state can’t have it both ways: either it’s charging people to vote in violation of the Constitution and this is a poll tax, or it’s not, and Mayor Bloomberg has done nothing wrong by donating funds to help people become eligible [voters].”

“The Florida attorney general’s reading of the relevant statutes flies in [the] face of the rule of lenity which is [a] well-established principle of criminal statutory interpretation that requires a court to apply any unclear or ambiguous law in the manner that is most favorable to the defendant,” he said. “Under her interpretation, a corporation that gives employees time off to vote would be guilty of a felony if the corporation expected that were likely to prefer one candidate over another.”

“This [gambit] raises voter suppression to a whole new level,” said Chris Sautter, an election lawyer specializing in post-election recounts. “What next? Will they start prosecuting voter protection lawyers who advise voters on their rights to cast a ballot?”

Outside of Florida, other seasoned election lawyers said that Bloomberg’s effort was legal.

“I’m not a neutral expert on this,” said Joseph Sandler, one of the Democratic Party’s top campaign lawyers. “But we do advise on this issue all the time, and there’s no doubt in my mind this is legal because payment of the fine is not tied to whether the person agrees or promises to commit to vote at all, let alone to vote for a particular party or candidate. The relevant statutes—which go to corruptly influencing a person to vote a certain way—do not remotely apply. The threats of prosecution for this are indeed a gross abuse [of power].”

Inside Florida, Democrats made the same point. Moody was wrong on the vote-buying law.

“I think the fundamental misconception (whether inadvertent or deliberate) is that enabling people to cast a vote is the same thing as telling them, or demanding of them, to vote in a particular way for a particular candidate. That is just not what is happening here,” said Joseph Geller, a Democratic state legislator and veteran of Florida’s 2000 presidential recount. “These potential voters are being freed to vote, but there is no insistence or requirement as to how they will exercise their discretion as to which candidates they will vote for.”

Of course, it is impossible to separate the timing of Moody’s call for state and federal investigations from the 2020 election cycle. Her action’s purpose was to deter voting by the roughly 32,000 former felons for whom Bloomberg was poised to clear the existing court fees.

“Our thoughts are: yes, donors can pay off the fines and fees of Floridians. The Florida AG’s outrageous letter is a blatant voter suppression tactic that has no basis in law,” said Corey Goldstone, a Campaign Legal Center spokesman. “We’re treating it more like a press release than a serious legal filing. None of these people have to vote, no one has been induced to take any particular action. The donors who are contributing to the Florida Rights Restoration Council merely allows people to be eligible to vote—something that most people enjoy cost-free.”