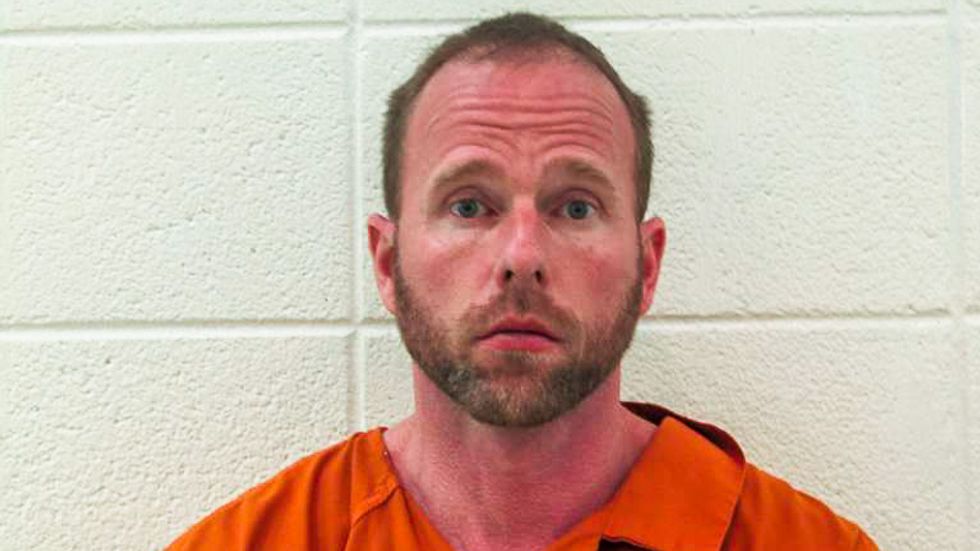 On Monday, The Washington Post reported that Kentucky state Sen. Robert Goforth has been indicted for strangulation and assault, after allegedly attacking a woman with an Ethernet cable.

"Earlier this year, a woman said Goforth, 44, strangled her with an Ethernet cable to the point where she had trouble breathing and threatened to 'hog tie' her, according to a police report reviewed by the newspaper," said the report. "The charges have renewed calls from local Democrats for Goforth, a staunch supporter of President Trump who had previously been accused of sexual assault, to resign from his seat. Neither he nor his attorney, Conrad Cessna, immediately responded to requests for comment from The Washington Post."

Ironically, Goforth, who ran a primary challenge against unpopular ex-Gov. Matt Bevin in 2019, helped push through legislation that upgraded strangulation to a felony.

"Goforth, a high school dropout who was raised in poverty by a single mother in eastern Kentucky, was first elected in 2018 to represent the state’s 89th House district, a deep-red swath of countryside where the sale of alcohol remains illegal in most areas," said the report. "The Army veteran and pharmacist quickly made a name for himself in the statehouse by championing socially conservative causes, including proposing a 'heartbeat abortion' bill that would have banned the practice as early as the sixth week of a pregnancy."