Governors could be killing people just to help Trump's campaign 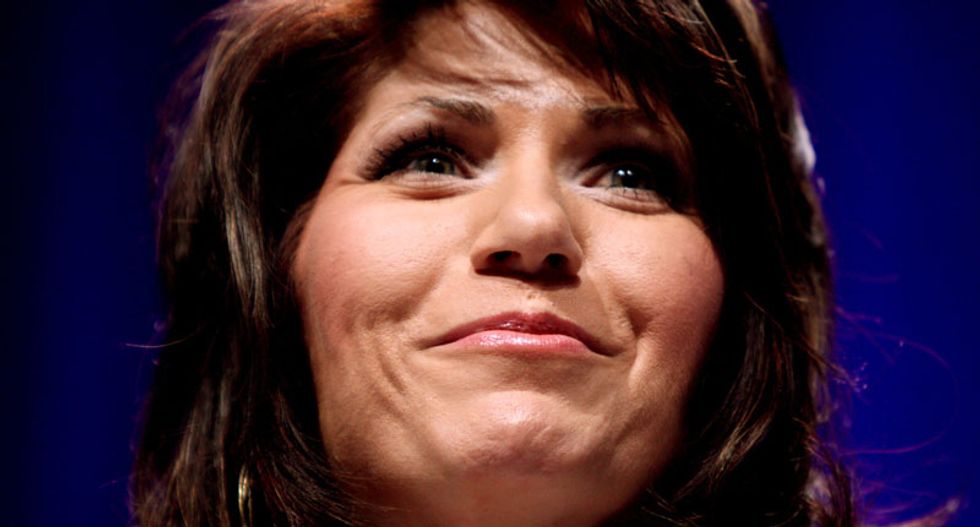 This is an incredibly ghoulish question that would be absurd to ask in normal times. But these are not normal times. We know Donald Trump has staffed the top levels of his administration with people who unhesitatingly put Donald Trump’s political prospects above the well-being of the people. It is certainly plausible that Republican governors have similar priorities.

A simple test for the governors is to look at their positive test rates for the coronavirus. Test rates are a good measure of how serious the governors are in trying to bring the pandemic under control. While they can take measures to limit the actual spread, such as longer and stronger lockdowns and mask requirements, many factors determining the spread are outside their control.

Trump explicitly said at a campaign rally that he told his staff to 'slow the testing down.' He subsequently insisted that he was not joking.

For example, New York, New Jersey, and other states in the Northeast were hard hit early because they had a large number of international travelers. More recently, North Dakota has seen a huge spike in infections because Kristi Noem, the governor of neighboring South Dakota, thought it was clever to have a huge week-long motorcycle rally in the middle of a pandemic.

However, positive rates are largely under the control of the state. If the governor makes more of an effort to find positive cases, the state will have a lower positive rate. In states with high positive rates, governors have been less concerned about tracking the spread of the pandemic.

This is a matter of life and death for tens of thousands of people since, if a person knows they are infected, they can take steps to protect their co-workers, friends and family. If they don’t know, they will likely get many of these people infected as well.

It is not hard to imagine that Republican governors would deliberately limit testing so that they find fewer cases. Donald Trump explicitly said at a campaign rally that he told his staff to “slow the testing down.” He subsequently insisted that he was not joking.

In this context, it is perfectly reasonable to ask whether there is evidence that Republican governors have decided to deliberately slow testing, knowing that it will mean that more people in their states get sick and die, just so that Donald Trump will have fewer reported cases. 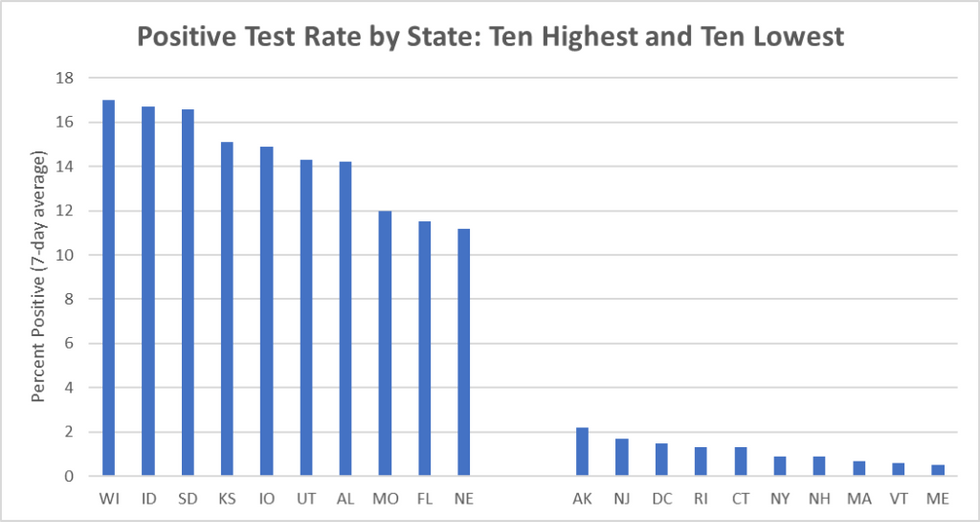 Eight of the ten states with the highest positive rates have Republican governors. The exceptions are Wisconsin and Kansas. Wisconsin stands out as being the worst state by this measure.  This could be the fault of its Democratic governor, Tony Evers, but the Republican-controlled legislature may also be a factor. The legislature has repeatedly taken steps to thwart Evers’ effort to contain the virus, as has the state’s Supreme Court.

We see pretty much the opposite picture when we look at the states with low positive rates, although the relationship is not as strong. Six of the ten states have Democratic leaders. The four exceptions are Phil Scott in Vermont, which has the second-lowest rate, Charlie Baker, in Massachusetts, which has the third-lowest positive rate, Chris Sununu in New Hampshire, with seventh-lowest rate, and Mike Dunleavy in Alaska, which scrapes in with the 10th-lowest positive rate.

Dean Baker is a founder of the Center for Economic and Policy Research, which studies how economic policies affect the citizenry.

On Thursday's edition of MSNBC's "Deadline: White House," former Rep. Denver Riggleman (R-VA), a top staffer to the House Select Committee on January 6, broke down why he came out with a book about what he had seen — and scorched his longtime party for believing conspiracy theories about the election.

Riggleman previously was the source of the revelation that there was a brief White House switchboard call to one of the Capitol rioters — a leak that reportedly angered members of the committee.