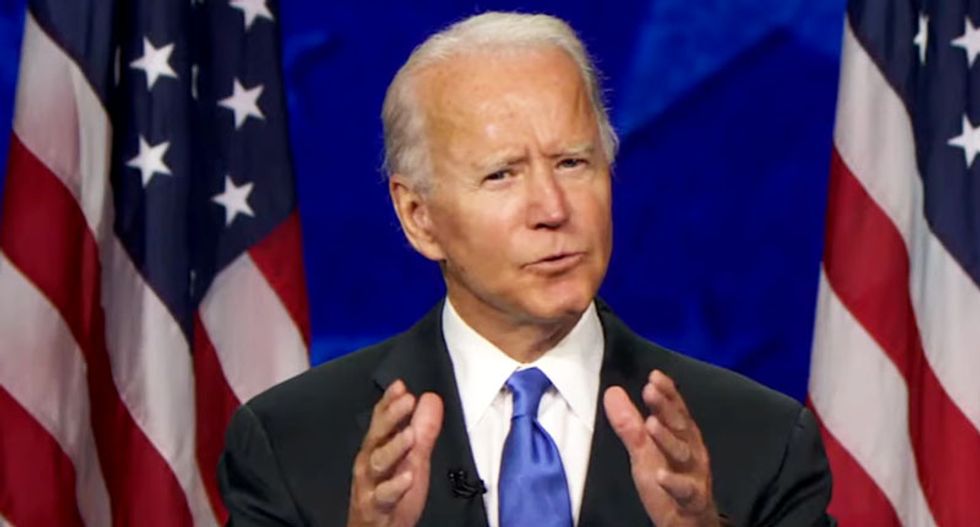 On Thursday, the Pennsylvania Capital-Star analyzed a new ad Biden is releasing in Pennsylvania, titled "Coach," designed to appeal to white voters who conventionally backed Democrats but flipped to President Donald Trump.

“My dad coached football his whole life,” said the narrator, a school teacher and winery owner from Lawrence County, set against images of youth football games. “I learned a lot from my dad about the way you should be doing things. That now you’re trying to impart that to kids, too. Having good values and morals is probably the best thing.”

“A strong leader is someone who says ‘I got this, I’ll take care of it,” said Denny continues. “I don’t express my political views a lot, but that’s not who we have representing us in politics. I don’t think Trump is someone who wants to take ownership of anything. It’s a blame-game. And it’s been messed up the whole way. I think a leader is someone who is going to be more honest and more transparent, and more up front, and not be so divisive all the time. Joe Biden can do that.”

Lawrence County is one of many in the western portion of the state that used to vote Democratic, but in recent years has trended Republican and voted for Trump nearly 2 to 1.

"It can’t be a coincidence that the Biden camp is playing to the virtues of football at a time when that beloved Friday night tradition is at its most endangered," said the report, noting that Gov. Tom Wolf recommended that school athletics be canceled for the year, with the Pennsylvania Interscholastic Athletics Association only recently voting to proceed with the season. "Without saying so, the ad draws a contrast between Trump’s management of the pandemic, which has resulted in millions of infections and 196,000 deaths nationwide."