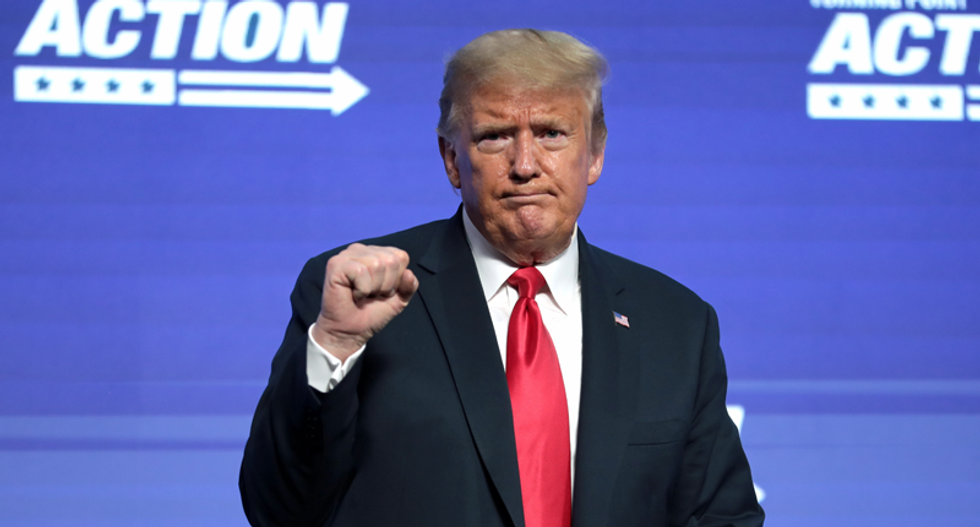 On Tuesday, The Washington Post reported that Trump administration officials are planning to move ahead with raids on a number of "sanctuary cities" in October, to bolster his "law and order" rhetoric and excite his voters.

"The U.S. Immigration and Customs Enforcement operation, known informally as the 'sanctuary op,' could begin in California as soon as later this week," reported Nick Miroff and Devlin Barrett. "It would then expand to cities including Denver and Philadelphia, according to two of the officials, who spoke on the condition of anonymity to describe sensitive government law enforcement plans."

The report added that "Chad Wolf, acting secretary of the Department of Homeland Security, likely will travel to at least one of the jurisdictions where the operation will take place to boost President Trump’s claims that leaders in those cities have failed to protect residents from dangerous criminals, two officials said."

Trump has spent his entire presidency demonizing sanctuary cities, which, broadly speaking, have ordinances in place that limit cooperation with requests to turn over suspects to ICE without a warrant. He has attempted to strip federal grants from cities with such policies.