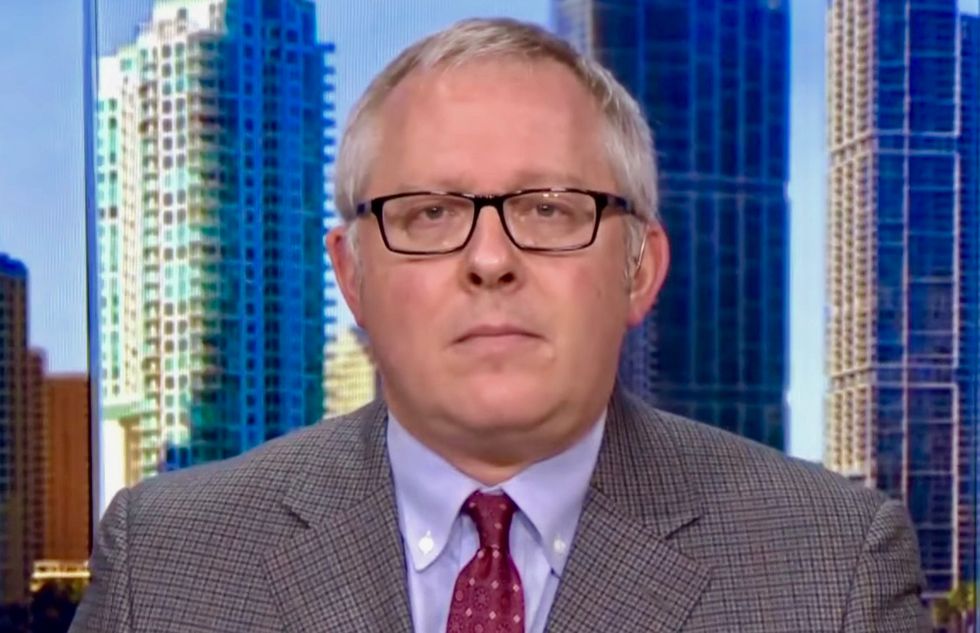 Michael Caputo, the Assistant Secretary for Public Affairs at the Dept. of Health and Human Services, is weighing a medical leave of absence after calling an emergency meeting with staffers Tuesday. The move comes after the former Vladimir Putin advisor launched a paranoid rant on Facebook live video over the weekend, just days after reports revealed he had forced scientists to doctor sacred fact-based reports about the coronavirus to favor President Donald Trump.

"Caputo told staffers that his remarks — which included unfounded allegations the Centers for Disease Control was harboring a 'resistance unit' — reflected poorly on HHS’ communications office. He also blamed his recent behavior on a combination of physical health issues and the toll of fielding death threats against his family," Politico reports.

"The session left some staffers with the impression that Caputo would soon step aside as the department’s assistant secretary for public affairs," although he could be reassigned rather than leave the agency. He is also "mulling taking medical leave," according to a staffer.

Caputo, a "protege" of Trump ally Roger Stone, reportedly apologized to staff for his remarks attacking the agency, but has never apologized for pressuring CDC scientists to tamper with reports critical to the fight against the coronavirus, just so they echo President Trump's remarks.

Over the weekend Caputo said, “when Donald Trump refuses to stand down at the inauguration, the shooting will begin,” adding: “The drills that you’ve seen are nothing.”

“If you carry guns, buy ammunition, ladies and gentlemen, because it’s going to be hard to get.”

“You understand that they’re going to have to kill me, and unfortunately, I think that’s where this is going,” he added.

“Remember the Trump supporter who was shot and killed?” Caputo said. “That was a drill.”

He also lamented his “mental health has definitely failed,” complained about "being alone in Washington," and the “shadows on the ceiling in my apartment, there alone, shadows are so long,”

Related: Calls Grow for HHS Spokesman Caputo to Resign or Be Fired for Doctored Reports and Paranoid Violent Conspiracy Rant