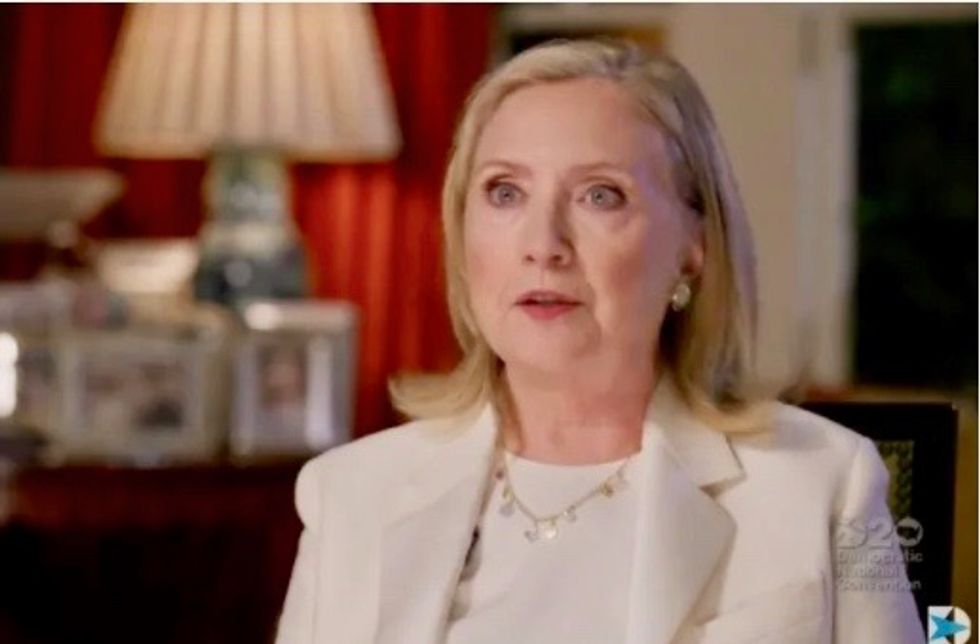 Democrats should amp up the political messaging on health care access in the fight for the next Supreme Court pick, former Secretary of State Hillary Rodham Clinton said in a conversation that aired Wednesday as part of the 2020 Texas Tribune Festival.

U.S. Supreme Court Justice Ruth Bader Ginsburg, the second woman to serve on the high court, died last week due to complications from cancer. Republicans, including U.S. Sens. Ted Cruz and John Cornyn, both of Texas, have signaled support for Trump quickly appointing her successor. Democrats have argued that the seat shouldn’t be filled so close to an election, especially since Republicans refused to hold a vote on former President Barack Obama’s nominee in 2016.

Clinton’s advice to Democrats: Play up the risks to health care access that could result from a more conservative high court overturning laws such as the Affordable Care Act.

When MSNBC’s Joy Reid asked Clinton whether Democrats should call for expanding the number of justices on the court or advocate for statehood for Puerto Rico and Washington, D.C., Clinton did not directly answer the question.

Instead, she said, Democrats should “clearly define what the fight is.”

“Ultimately this fight, it seems to me, is about health care,” Clinton said. “Health care is literally before the court.

“Trump and the Republicans led by Mitch McConnell have been trying to get rid of health care for years ever since President Obama passed the Affordable Care Act,” she added. “Let’s be sure we understand: What the Republicans are doing is rushing an appointment to the court to repeal the Affordable Care Act and strip away health care for many millions of Americans. … The Democrats need to make that case.”

In addition, Clinton continued, the ongoing coronavirus pandemic — which has so far taken the lives of more than 200,000 people in the U.S. — has left “many, many more” with preexisting conditions. She claimed those same people will not be eligible for affordable health insurance plans if Republicans take control of the Supreme Court and strike down the Affordable Care Act.

“This could not be more diabolical. And I think that Democrats need to be absolutely clear,” she said, “that any vote for any Republican is literally a vote to cost you money to make your health care more expensive and maybe to eliminate the possibility you’ll be able to afford it at all.”

Ginsburg’s death is expected to have major implications for the Texas-led lawsuit to overturn the Affordable Care Act, set for oral arguments on Nov. 10. The justice had been on the side of the majority several times when the high court upheld the law against past challenges. Supporters of former President Barack Obama’s landmark health care law had pinned their hopes on Chief Justice John Roberts joining the court’s four liberal members to uphold it again.

In Texas, many Democrats, including MJ Hegar, the Democrat running against Cornyn for U.S. Senate, and former U.S. Housing and Urban Development Secretary Julián Castro, have criticized the Republican Party for rushing the nominating process. On average, confirmations to the high court take more than two months.

Many pointed to 2016, when Justice Antonin Scalia died suddenly and Senate Republicans refused to confirm Merrick Garland, the nominee proposed by then-President Obama.

During her interview, Clinton also laced into Trump and his “Republican enablers” for downplaying the seriousness of the coronavirus pandemic. She also said she and others feared that the president could “rush a vaccine to market for a cheap political point that he thinks can help him in the election.”

“This is a really unpredictable virus that we’re just beginning to understand,” Clinton said. “And we’re not getting any help from our president or from our Senate Republicans under Mitch McConnell.”