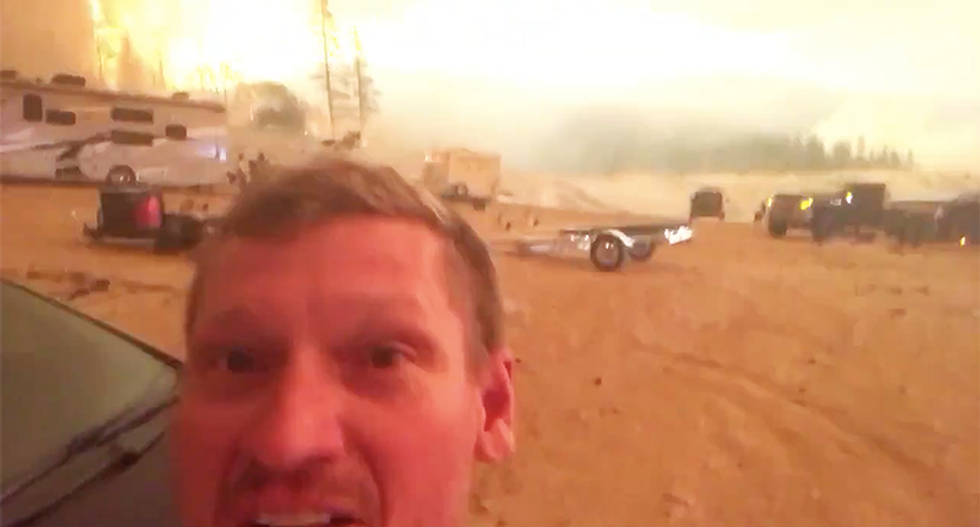 Temperatures in parts of California are soaring above 100 degrees, setting records in some cities that have never experienced temperatures at or above 120 degrees. To make matters worse, the state hasn't received enough rainfall this year in the northern part of the state.

One horrifying video from Mammoth Pools shows more than 200 people trapped when the Creek Fire exploded and surrounded them.

The air quality has been horrible and smoke from the fires can be seen by space things are so bad.

One local news reporter took a photo of a car that captured the ash that is now falling from the sky "like snow," he said. The ash is spreading as far as Denver, Colorado.

Ash from western fires coming down in #Denver. Car has ashes all over it in @DenverChannel parking lot. #cowx… https://t.co/oqaNETWYhO
— Lionel Bienvenu (@Lionel Bienvenu) 1599440853.0

If you want to do anything to help the firefighters and first responders and others through the NorCal Resilience Network or the Mutual Aid Network of Los Angeles.

You can see the rest of the terrifying videos and photos below:

Family member flying out of California this evening just sent along these photos from the flight. She said passenge… https://t.co/jF7aap3Pqu
— Oliver Darcy (@Oliver Darcy) 1599443672.0