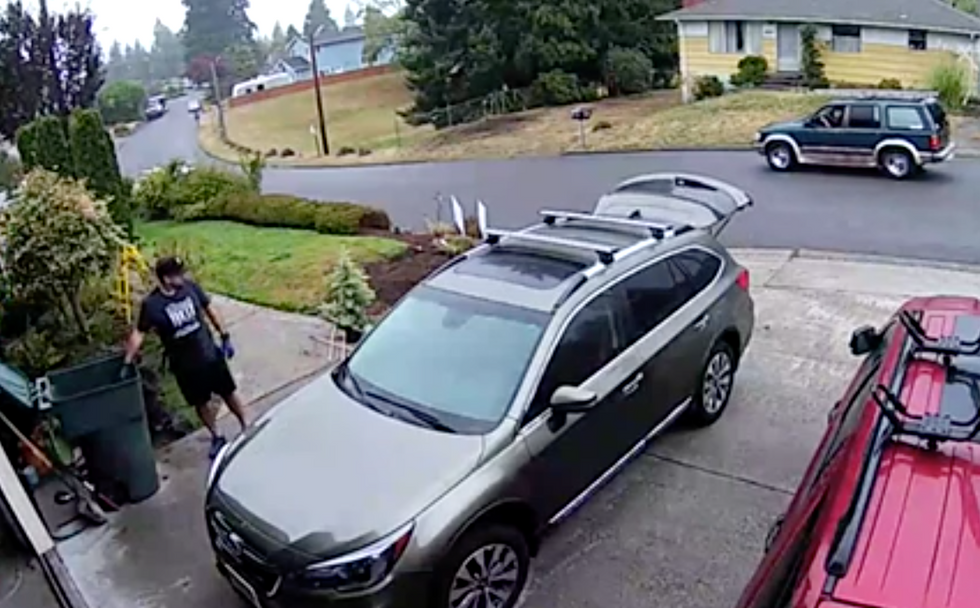 While doing yard work last weekend, Malia and Jeff Zirkle of Washington state were accosted by a passerby who yelled, “Black lives don’t matter” and “I hope you burn," the Herald Net reports.

The couple shared surveillance video of the incident, which then went viral. The couple also has a Black Lives Matter sign visibly displayed on their front lawn.

“Eventually I realized that this is something that happens, and there are a lot of people who think it doesn’t happen,” said Malia Zirkle, whose father, according to the Herald Net, is half Black.

When news of their experience got around, their neighbors rallied in support for them, drawing chalk art on the road near their home showing support for the “Black Lives Matter” message.

The video shows a driver in a SUV roll up and ask, "Hey, you guys do Girl Scout cookies, right?"

"Well never do it again. You guys suck," the driver replied, adding "I hope you burn -- Black lives don't matter."

The Zirkles say they support law enforcement and don’t see the Black Lives Matter message as partisan. They also have a sign that reads, “anti-brutality, pro-police.”