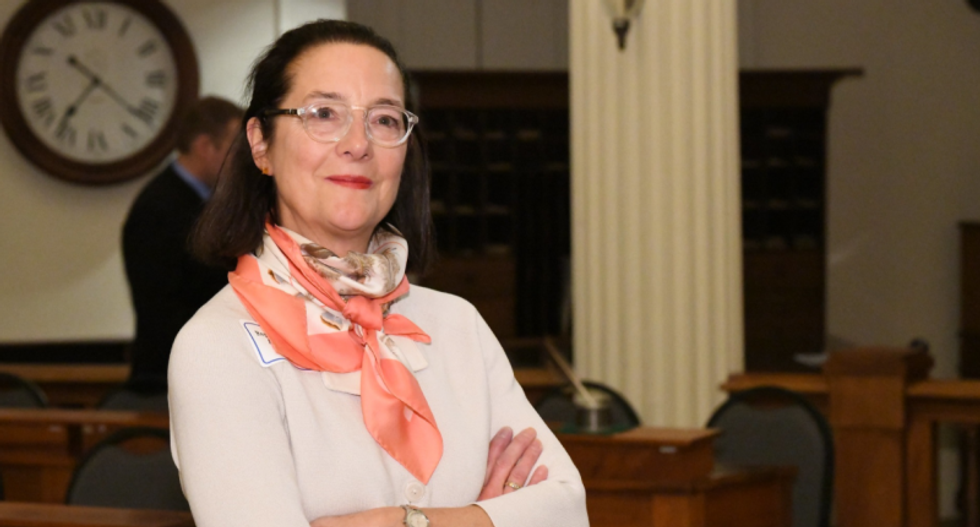 According to WLS News, Illinois Republican state Rep. Amy Grant, who represents a district in suburban DuPage County, made a series of racist and homophobic remarks about her Black, gay opponent, Ken Mejia-Beal, on a recorded conversation with a Republican donor.

"He's just another one of those Cook County people. That's all you're going to vote for is the Cook County, you know another Black caucus," said Grant. Cook County is the county that contains most of Chicago.

"I'm afraid he's afraid of the reaction people might give him," added Grant later in the conversation. "Not because he's Black. But because of the way he talks. He's all LGBTQ."

Faced with outrage, Grant apologized in a statement: "I deeply regret the comments I made about Ken Mejia-Beal, and reached out to apologize this morning. These comments do not reflect my heart or my faith." Mejia-Beal has issed his own statement calling the comments "hurtful, degrading and wholly unacceptable."

"Homophobia and bigotry must have no home in DuPage County or anywhere in Illinois," said Equality Illinois in a statement. "Grant must drop out of the election."

Listen to her comments below: