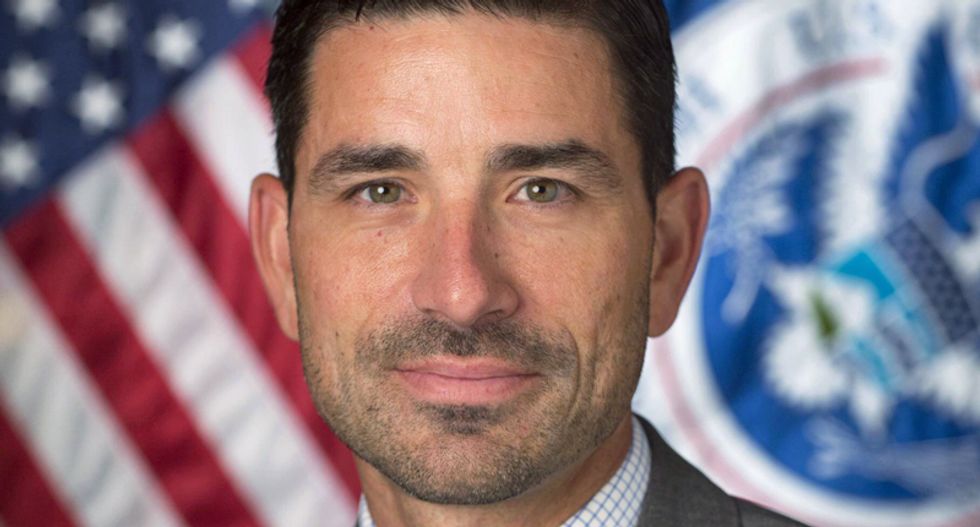 The Inspector General for the Dept. of Homeland Security has just announced he will not investigate whether or not Acting Secretary Chad Wolf and his "deputy," Ken Cuccinelli, are serving in their federal government roles illegally. A federal judge on Friday ruled Wolf's appointment by President Donald Trump was "likely" illegal. In March a separate judge ruled Cuccinelli's appointment is also illegal.

In August the Government Accountability Office issued a report stating the appointments were invalid, in violation of federal law, and both were ineligible to serve.

President Donald Trump refused to act on that report and the Acting DHS general counsel, Chad Mizelle, responded to the report, labeling it "erroneous" and saying it should be withdrawn. Trump soon after nominated Wolf to be the permanent DHS Secretary.

Calling it "a bitter inter-branch disagreement," as CNN reports, on Tuesday DHS Inspector General Joseph Cuffari refused to take up the issue. He says that although there were "troubling aspects" of the DHS report, it "would be pointless" to investigate.

"Neither GAO nor DHS OIG can issue a binding determination on that issue, but a federal court can and probably will," Cuffari said in a letter to Democratic Reps. Bennie Thompson of Mississippi and Carolyn Maloney of New York.

Democrats are calling for Wolf and Cuccinelli to resign.