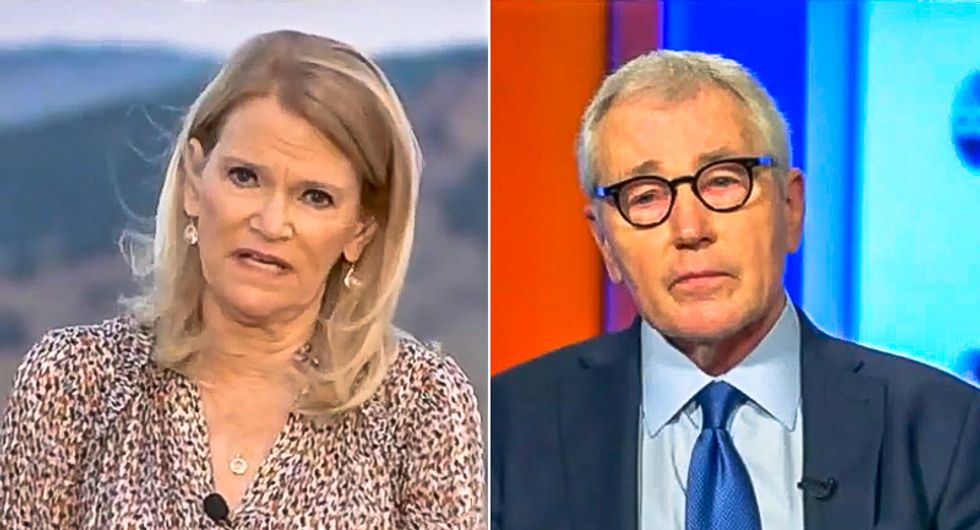 Former Secretary of Defense Chuck Hagel on Sunday said that he believes reports that President Donald Trump has disparaged soldiers and veterans.

During an interview on ABC's This Week, host Martha Raddatz asked Hagel about the report, which was published by The Atlantic and later confirmed in part by Fox News correspondent Jennifer Griffin.

"If these comments are real -- and I'll address that in a second -- it's beneath the dignity of any commander-in-chief," Hagel said. "Truly, they're despicable."

While acknowledging that the report was based on anonymous sources, Hagel pointed out that the remarks track with past comments made by the president.

"Let's go back and look at Mr. Trump's words, coming out of his own mouth, starting in 2016 with what he said about John McCain," Hagel recalled. "How he degraded the service of Generals Mattis and McMaster. And just recently, Gen. Kelly."

"The history of this president over the last three and four years is pretty clear," he continued. "That 2018 experience when he did not go to the American military cemetery in France to recognize and honor the World War I Marines. Every other leader went."

Hagel added: "And you can go through a litany of past things that he said from his mouth, actions that he's taken and it corroborates really the Goldberg article in The Atlantic."