'It's a beautiful sight': Trump glorifies violence against reporters at Pennsylvania MAGA rally 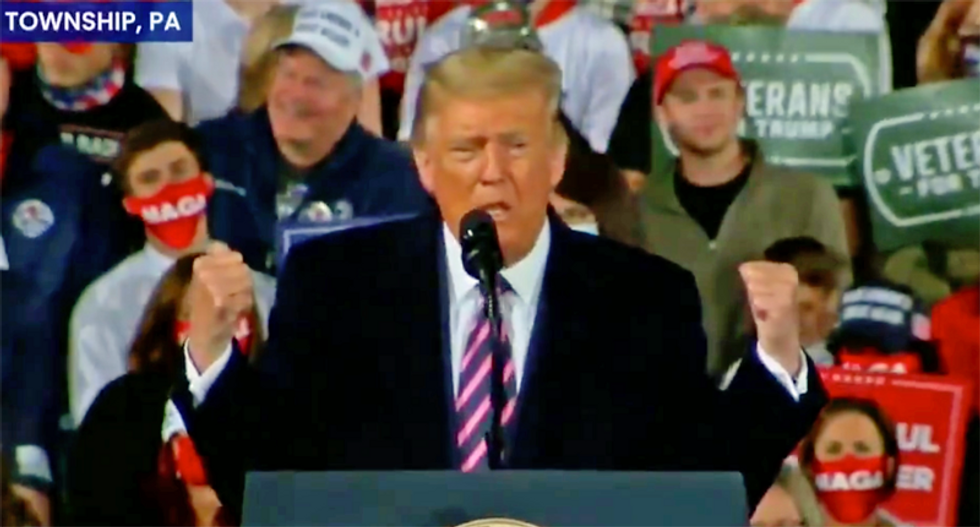 "They were grabbing them left and right," Trump said. "Sometimes they'd grab -- they grabbed one guy, 'I'm a reporter, I'm a reporter.' Get out of here. They threw him aside like he was a little bag of popcorn."

"I mean, honestly, when you watch the crap we've all had to take so long, we you see that it's actually -- you don't want to do that -- but when it, it's actually a beautiful sight," Trump insisted.

"It's a beautiful sight," he repeated.