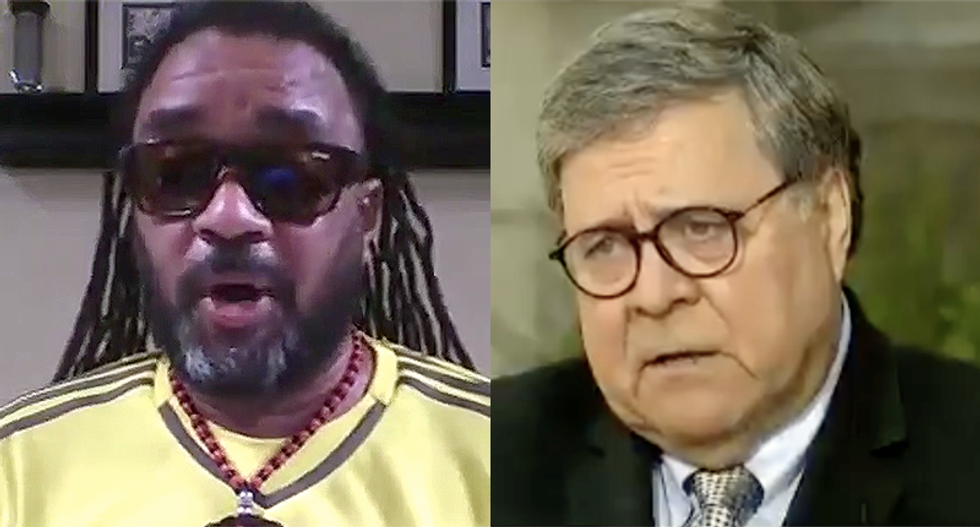 In a Wednesday conversation with CNN's Don Lemon, Jacob Blake's uncle Justin Blake responded to Attorney General Bill Barr's callous comments and outright lies about what happened between Blake and the police.

Blake wasn't committing a felony when he was pulled over by police and he wasn't armed. While Blake was facing legal troubles there haven't been any convictions, much less a trial. Barr served as judge, jury and seemed fine with an attempted execution of Blake, justifying the police's behavior by citing Blake's legal problems.

"There seemed to be no sympathy whatsoever for our family nor my nephew that was shot seven times in the back," said Blake. "It looked as though they were trying to make him a scapegoat."

After hearing Barr's comments, Blake said that it sounded like the attorney general was trying to try his nephew in the public media and ignore the court of law.

"The fact of the matter is, we as Blakes aren't going to accept innuendos or gaslighting or outright lies about our nephew," Blake said. "The fact of the matter is little Jake had no weapon on him and was shot seven times in the back by a police officer. There were two other police officers standing there that could have taken him down if there was something going on that serious as opposed to the first thing they thought of is take guns out and shoot an innocent person."

Blake went on to dispel myths that have been posted on social media. "There was no weapon on little Jake when he was shot in the back seven times," he said. "And you can't make up stories that will facilitate that being a proper way to police in 2020 in any city in this nation.