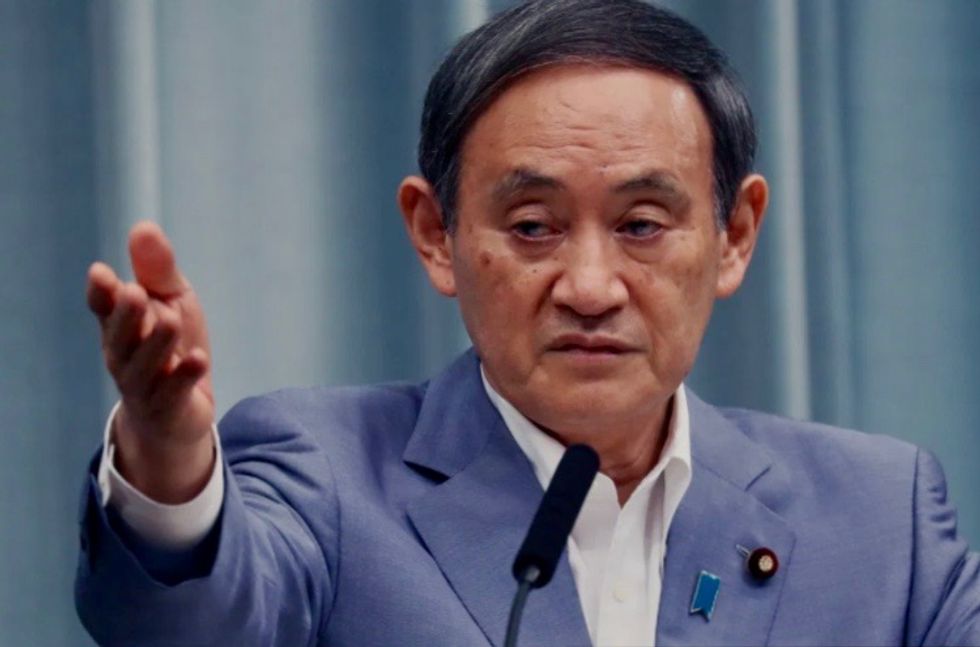 "According to the results, our house has decided to name Yoshihide Suga prime minister," lower house speaker Tadamori Oshima told parliament after the votes were counted.

Suga, a longtime aide and chief cabinet secretary under outgoing Prime Minister Shinzo Abe, on Monday won a landslide victory to take over the Liberal Democratic Party (LDP). He pledged to carry on many of Abe's programs, including his signature "Abenomics" economic strategy.

He faces numerous challenges, including tackling Covid-19 while reviving a battered economy and dealing with a rapidly aging society, in which nearly a third of the population is older than 65.

Abe, whose support was critical in ensuring Suga's victory in the party election this week, entered the prime minister's office on the last day of his tenure and thanked the people of Japan, vowing to support the incoming government as a regular member of parliament.

Abe added that the medicine he's taking for his chronic illness is working that and he is recovering.

Earlier, in a video posted on Twitter, he looked back at his record.

"Sadly, we were not able to achieve some goals," he said, in an apparent reference to his long-held desire to revise the pacifist constitution, something Suga does not seem eager to pursue. "However, we were able to take a shot at, and achieve, other divisive issues."

His government re-interpreted the constitution to allow troops to fight overseas for the first time since World War Two and also ended a ban on defending a friendly country under attack.

According to media reports, roughly half the cabinet will be made up of people from the Abe cabinet, and there are only two women. The average age, including Suga, is 60.

Among those retaining their jobs are key players such as Finance Minister Taro Aso, Minister of Foreign Affairs Toshimitsu Motegi and several others, including Olympics Minister Seiko Hashimoto and Environment Minister Shinjiro Koizumi.

Abe's younger brother, Nobuo Kishi, is expected to be tapped for the defense portfolio, while current Defense Minister Taro Kono will take charge of administrative reform.

Yasutoshi Nishimura is likely to be reappointed as economy minister, while Trade and Industry Minister Hiroshi Kajiyama, the son of a politician to whom Suga looked up as his mentor, is seen as retaining his post.

Katsunobu Kato, the health minister who became the face of Japan's response to the coronavirus in the early days of the pandemic, will take over the key chief cabinet secretary post from Suga.

He said the real clues to whether and how Suga would push ahead with reforms would come from whether he introduces fresh blood from the private sector into advisory panels such as the Council on Economic and Fiscal Policy.

"The ambition of Mr. Suga to speed up and reinvigorate the process (of reform) is absolutely clear, but the next layer of personnel will be interesting," Koll said.

There is speculation that Suga might dissolve the lower house of parliament for a snap election, taking advantage of strong support, but Suga seems wary and has said handling the pandemic is his top priority.