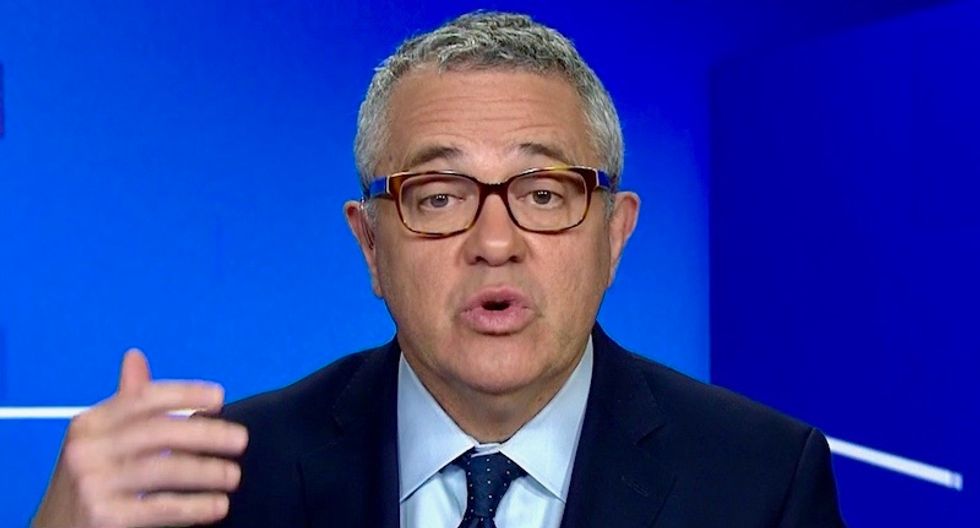 On CNN Monday, chief legal analyst Jeffrey Toobin warned of a possible scenario in which close states with right-wing legislatures could find a pretext to overturn the election and hand their electoral votes to President Donald Trump.

"What is so remarkable is how many different tentacles there are," said Toobin. "Bush v. Gore was just about Florida. But there are now literally 200 lawsuits pending around the country about various issues relating to voting."

"Let me just give you one example of the issues that are out there," said Toobin. "Most people don't know this, but under the Constitution, a state legislature can decide to award the electoral votes to the candidate of its choice, regardless of the voters. So if you have contested elections in North Carolina, in Wisconsin, states with active and very conservative Republican majorities, they can say, you know, this election is too chaotic, we are awarding our electoral votes to Donald Trump. That is a possibility that exists. And people need to start focusing on it now, because it is a real possibility."