Joe Biden sets up clash with Trump over virus vaccine 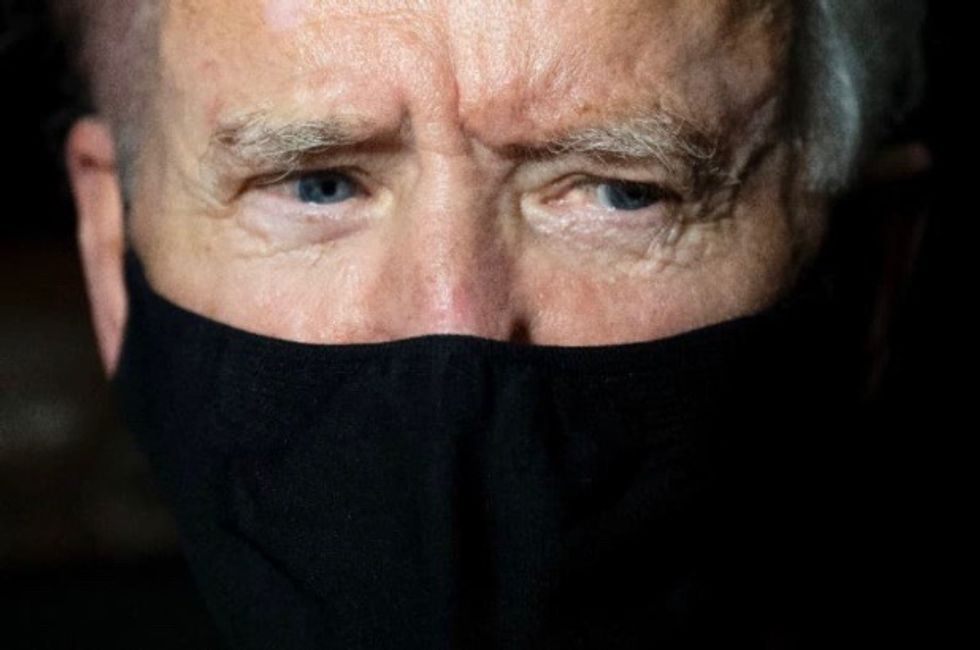 Presidential hopeful Joe Biden will address how to develop and distribute an effective Covid-19 vaccine Wednesday, challenging the optimistic predictions of his rival Donald Trump, whom the Democrat accuses of lying to Americans about the pandemic threat.

Whether the Trump administration can hurry a safe vaccine into wide production has become a focal point of the 2020 election campaign, in which polls show Biden leading Trump.

Biden has stressed he supports a rapid rollout of a vaccine, but only if it is shown to be safe and effective -- and if there is "full transparency" regarding the science of the work.

The Democratic nominee, who has slowly ramped up appearances including a Florida trip Tuesday but has yet to match the campaign trail fervor of the president, delivers an afternoon speech in home state Delaware after receiving a briefing from health experts on vaccine prospects.

Experts say a coronavirus vaccine is among the best ways to halt the march of a pandemic that has already killed more than 196,000 Americans.

At a town hall Tuesday, Trump accelerated his own already optimistic predictions, saying a vaccine may be available even before the November 3 presidential election.

"We're within weeks of getting it, you know -- could be three weeks, four weeks," he told a town hall question-and-answer session with voters in Pennsylvania aired on ABC.

Only hours earlier, speaking to Fox News, Trump had said a vaccine could come in "four weeks, it could be eight weeks."

Democrats have expressed concern that Trump is putting political pressure on government health regulators and scientists to approve a rushed vaccine in time to help turn around his uphill bid for reelection.

Trump also raised eyebrows when asked why he had downplayed the gravity of the pandemic in its early months.

"I didn't downplay it," Trump replied. "I actually, in many ways, I up-played it in terms of action."

But Trump himself told journalist Bob Woodward during taped interviews that he had deliberately decided to "play it down" to avoid alarming Americans.

Trump also returned to one of his most controversial views on the virus, insisting "it is going to disappear" and that the country was "rounding the corner" in the crisis.

Challenged about how the virus would go away by itself, he said "you'll develop like a herd mentality," apparently meaning the concept of herd immunity, when enough people have developed resistance to the disease to effectively stop transmission.

"Donald Trump has lied to the American people throughout his presidency," communications director Kate Bedingfield said in a statement.

"Trump just confirmed tonight, yet again, that even after eight months of letting the worst public health crisis in 100 years spiral out of control that not only does he not have a plan -- he doesn't have a clue."

With the crisis devastating the US economy and pushing millions of families to the financial brink, the Trump campaign has repeatedly touted a potential rapid vaccine as a savior.

"We are all rooting for the success of these vaccine candidates," Peter Lurie, president of the Center for Science in the Public Interest, wrote in The Washington Post.

"But, the recent experience of the pharmaceutical company AstraZeneca has shown that things can go awry quickly," he added, referring to the drug giant temporarily halting its randomized clinical trial last week after a UK volunteer developed an unexplained illness.

During his Florida trip to stump for Hispanic votes, Biden hammered Trump on his denial of the climate change threat, after the president visited wildfire-ravaged California and said "I don't think science knows" whether or not climate change is intensifying weather conditions.