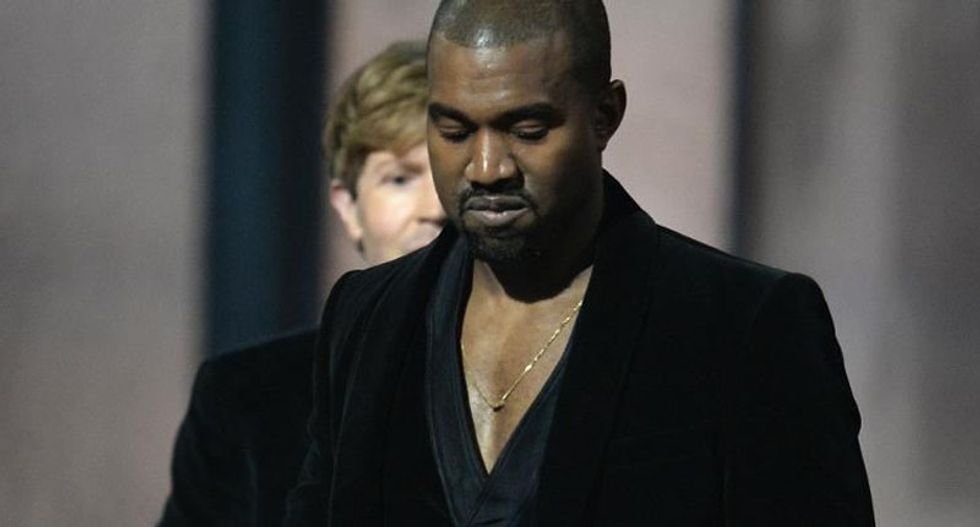 Winner for Album Of The Year, Beck (in background), reacts as Kanye West leaves the stage during the 57th Annual Grammy Awards, in Los Angeles, February 8, 2015 (AFP)

Kanye West lost his battle to get onto the Virginia ballot for the 2020 election.

Richmond Circuit Court Judge Taylor was looking at the electors that were chosen for West's bid because the people said that they were misled about taking an "Elector Oath."

"Two signed affidavits were submitted Friday to the State Board of Elections from registered voters who said they were duped into signing up to serve as electors for West in Virginia," the Washington Post reported on Monday. "In a separate account, an Alexandria woman said Saturday that a man tried to obtain her signature on one of West’s petitions under false pretenses."

It's the 9th state in which West has been rejected from being listed on the ballot.