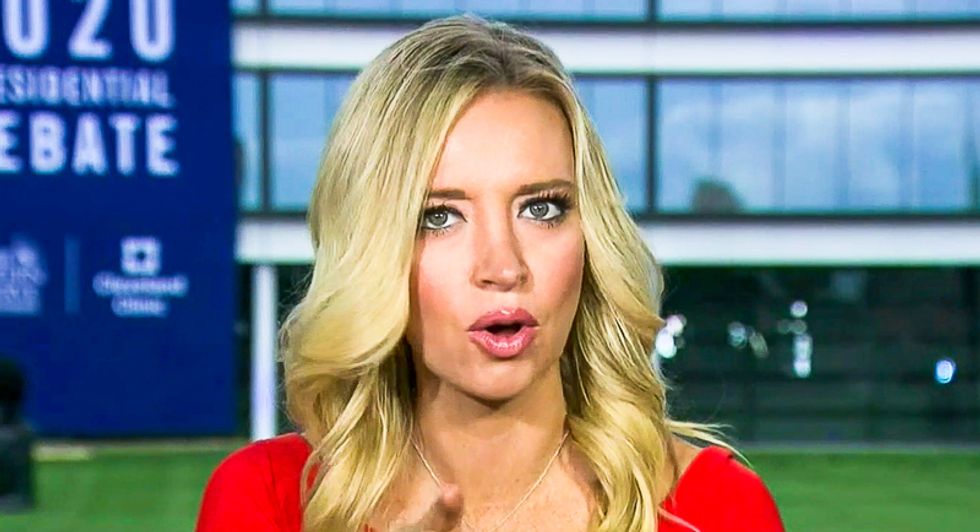 White House Press Secretary Kayleigh McEnany on Tuesday sought to defend distracting rumors spread by the Trump campaign prior to the evening's debate.

During an interview on Fox Business, host Lou Dobbs noted that Trump's team had floated stories about calls for Democratic nominee Joe Biden to be drug tested and inspected for listening devices. The reports also accused Biden trying to negotiate breaks during the 90 minute debate.

For her part, McEnany seemed to focus in on the idea that Biden had requested breaks.

"That's the fact pattern as I understand it," she agreed. "Look, this president works nonstop, Lou. He's up way early in the mornings, my phone is ringing and it's the president. He works late into the evening, oftentimes past midnight."

"There are no 30 minute breaks in the Oval Office," McEnany opined, "when you're dealing with national security issues and COVID and the challenges we've seen the president rise to the occasion on this year."

She added: "There are no breaks! The work ethic of President Trump says it all."