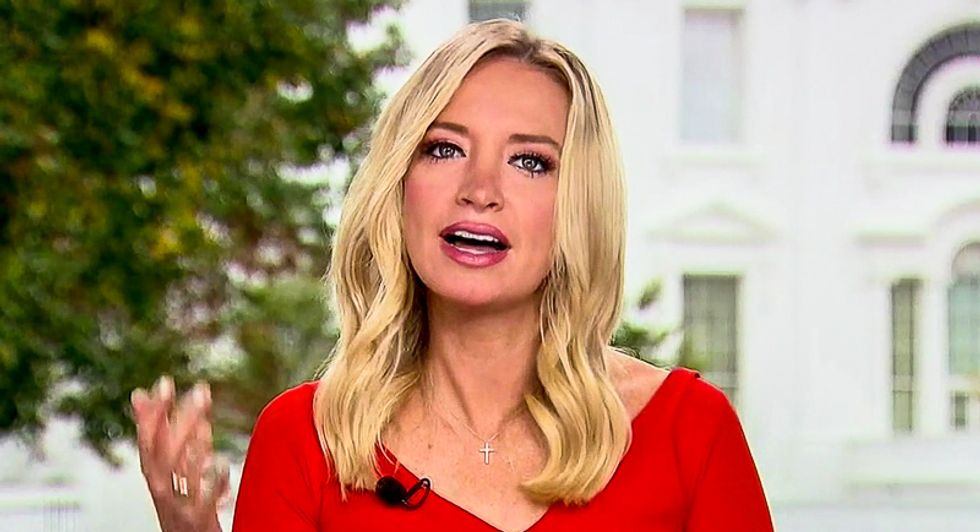 During an interview on Fox News, host Sandra Smith asked McEnany about Rep. Kevin Brady's (R-TX) call for the Department of Justice to open an investigation into the paper's reporting.

"The president hasn't pressed for that [investigation] but, look, that is a fair investigation to have," McEnany replied. "We've seen the politicization of taxes before. We've seen the IRS targeting Tea Party groups and its an unacceptable proposition for that to happen."

"Also unacceptable for these documents of the president to leak illegally to The New York Times, who then publishes the information," she added. "So, it's an important investigation."