Kayleigh McEnany on Nobel Prize nomination: 'You cannot deny what has happened on President Trump's watch' 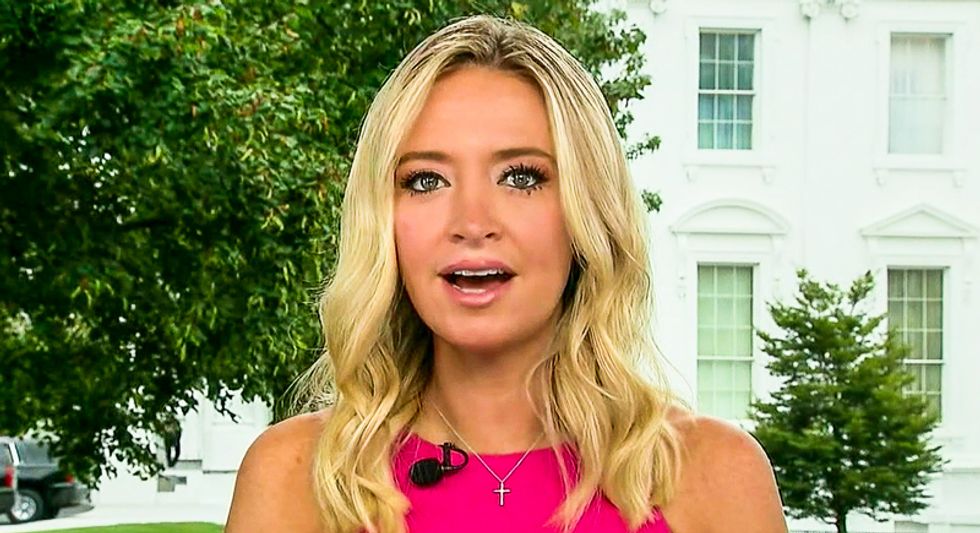 White House Press Secretary Kayleigh McEnany on Wednesday insisted that President Donald Trump's nomination for the Nobel Peace Prize is a "big deal" even though anyone can be nominated for the award.

McEnany was asked about Trump's chances at winning the Nobel Prize after a right-wing Norwegian politician made the nomination.

"This is a big deal and it's well deserved," McEnany told Fox News anchor Sandra Smith. "You cannot deny what has happened on President Trump's watch."

The press secretary pointed to an announced "peace deal" between Israel and the UAE as a reason Trump deserves the award.

"This president has created peace around the world, drew down endless wars, and this is a president who is very much deserving of the Nobel Peace Prize," she insisted.

Trump has previously refused to congratulate 2019's winner, Ethiopian Prime Minister Abiy Ahmed, saying that the leader had done “nothing” to deserve it. Ahmed is credited with brokering peace in Ethiopia.