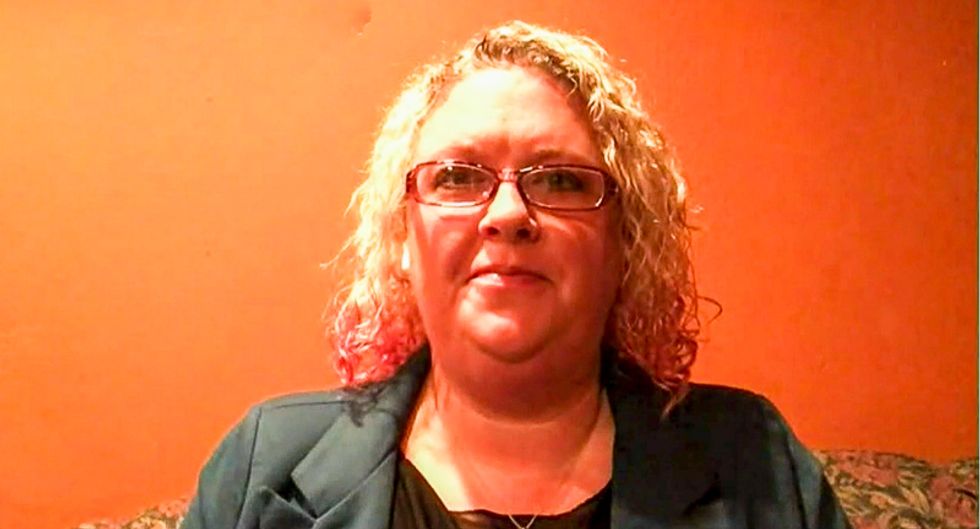 Kenosha County Republican Party Chair Erin Decker on Tuesday appeared to offer a defense of alleged vigilante Kyle Rittenhouse, who is accused of killing two people while they were protesting the death of Jacob Blake.

In an appearance on Fox & Friends, Decker praised President Donald Trump for "sending in the troops" to respond to the protests.

When it came to Rittenhouse, the GOP chair had nothing negative to say.

The Republican leader suggested that Rittenhouse is innocent because "it looks like it's self defense."

"Talking to people around the area, I would say about 80% support what Kyle did," Decker added. "And 20% is probably, you know, that can't stand Donald Trump and can't stand that he's a conservative or Republican and they're just going to attack anything that resembles that."

Decker said that she knows "a bunch of people" who took the law into their own hands to defend their businesses against alleged looting.