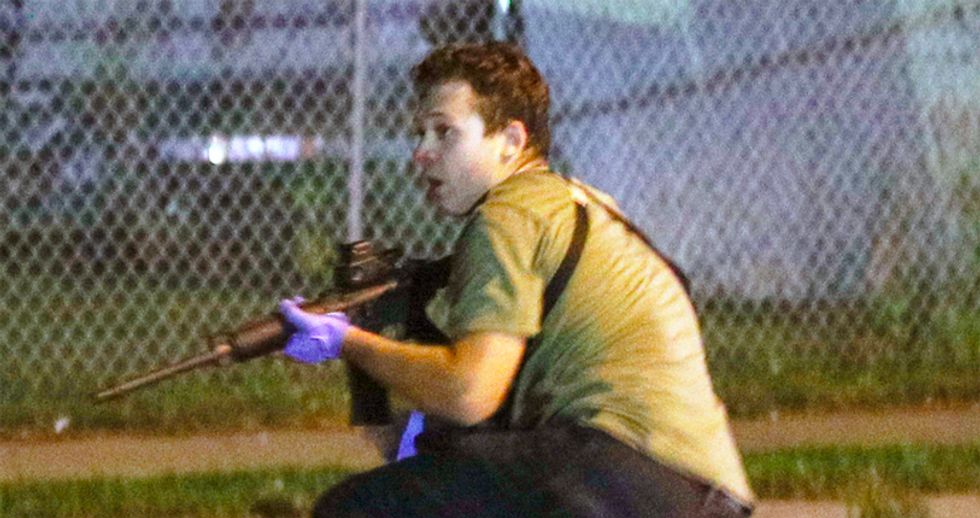 A federal civil rights lawsuit has been filed against Kyle Rittenhouse by four people, Wisconsin Public Radio reports. Rittenhouse is the Illinois teenager who killed two people and wounded another during protests in Kenosha.

The suit, filed by four people, claims Rittenhouse, militia groups, and other individuals violated their constitutional right to protest by using intimidation while inflicting emotional distress and physical harm.

"In our society, heavily armed groups of untrained men are free to possess ludicrous opinions about Hitler having admirable qualities, Black people being intellectually inferior to whites, or our government being controlled by Satan-worshipping pedophiles funded by a Jewish cabal," the complaint reads. "However, when these beliefs turn into a conspiracy to deprive the rest of us of our constitutional guarantees through threats, fear, assault, violence, and murder, then the actions and coordination of these right wing militias become the subject matter of our law."

"We have an army. We do not need people playing army — particularly when their targets are engaged in the expression of fundamental rights," it continues.

The suit was filed on behalf of Hannah Gitting, who was the partner of one of Rittenhouse's victims, Anthony Huber, and three others who were at the protests that day.

Aside from damages, the plaintiffs are seeking an injunction preventing Facebook from "violating its own policies that are supposed to prevent violent rhetoric, militia groups, and other racially motivated hate groups from congregating and interacting on its site."