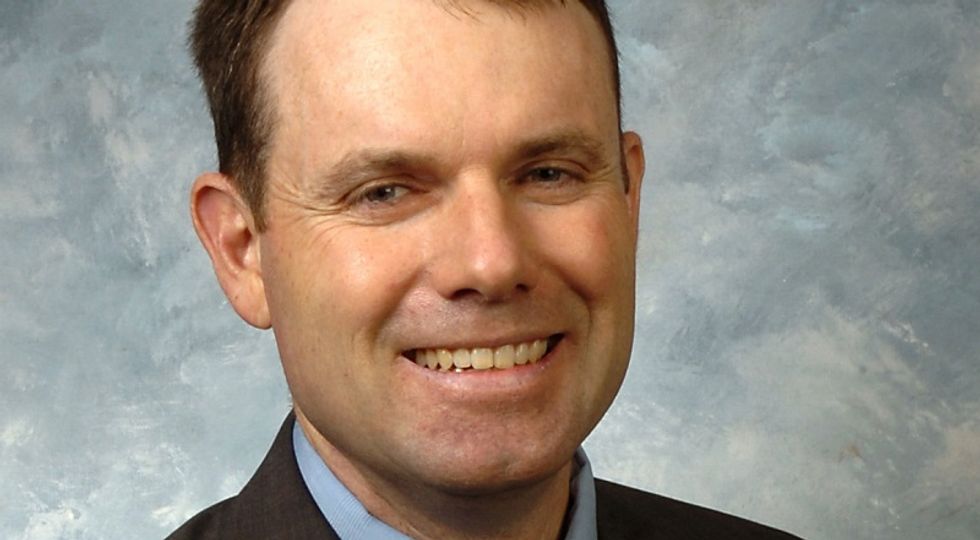 A GOP state lawmaker in Kentucky on Tuesday got called out by the president of his state's top dental association for spouting conspiracy theories about fluoride in drinking water.

As reported by the Lexington Herald-Leader's Alex Acquisto, Republican State Sen. Stephen West falsely claimed during a legislative committee hearing that putting fluoride in drinking water poses health risks to Americans, despite the fact that fluoridation has been implemented for decades now and has been credited with improving Americans' dental health.

"There are new studies coming out every day showing the negative effects of adding fluoride to our water!" he said.

However, West's rant about fluoridation was quickly shot down by Dr. Darren Greenwell, President of the KY Dental Association, who dismissed West's concerns as "junk science."

In fact, Greenwall said that concerns being raised about fluoride were being raised by "the same people saying vaccinations are going to kill everybody," and he said it would be especially dangerous to overturn fluoridation mandates in the middle of a pandemic.

"I think we need to reconsider, especially in this pandemic time, trying to change this when access to care is difficult," he said.

The Kentucky state legislature is currently considering a bill to overturn fluoridation mandates throughout the state.