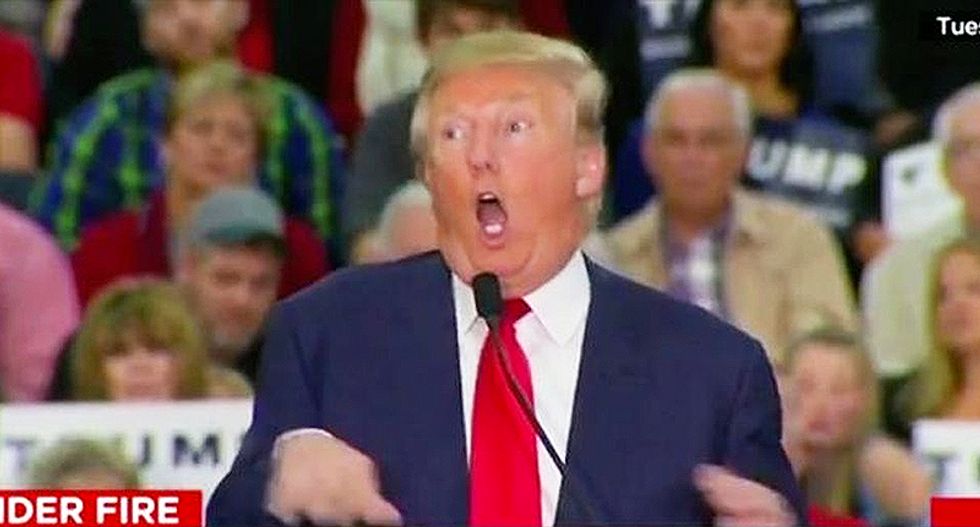 Two former Republican lawmakers have joined the long list of Republicans planning to vote against President Donald Trump in the upcoming general election.

In an op-ed published for Roll Call, Reps. Charles Djou (R-Hawaii) and Mickey Edwards (R-Okla.) urged the American public to "choose unity over continued division" when casting their ballot for the November election.

The two former lawmakers lambasted Trump as they explained why they made the decision to vote Trump out. According to Djou and Edwards, Trump does not align with Republican principles or characteristics as he lacks "basic self-control" and "inner character."

"Donald Trump may pretend to be heir to the great Republican tradition that appealed to us both but he is no Republican. He is simply an ill-formed man who lacks basic self-control and shows no semblance of inner character," they said.

They also stressed the importance of a president possessing a sense of civility — another trait they believe Trump does not possess given his recent actions.

"Civility is a trait of inner character and self-confidence. That is why we are so disturbed by Trump's name-calling and childish taunting, his penchant for conspiracy theories and his embrace of conspiracy websites, all of which reflect a disturbing paranoia," the pair wrote.

While the two agreed that Democratic presidential nominee Joe Biden may not be perfect, they concluded that he is a "man of humble decency" with the ability to re-establish America's "sense of national unity."

"Joe Biden is not a perfect man, but he is a man of humble decency. America needs a restored sense of national unity, basic civility and true character in our president," the pair wrote, adding, "After four years of reckless Trumpian chaos and division, we believe it is time for a new president and ask that you join us."