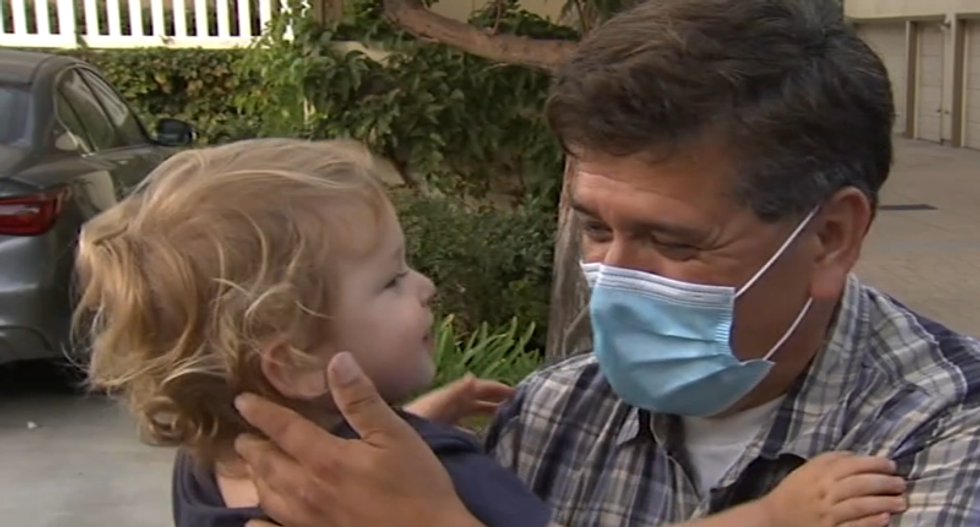 On Wednesday, ABC 7 News reported that a Latino grandfather in Torrance, California was confronted by police after he was accused of abducting his own grandson, apparently because they were a slightly different skin color.

"Torrance police say officers responded to the 700 block of Border Avenue Sunday afternoon regarding a suspicious circumstances call - a possible abduction involving an older Hispanic man walking with a small child. Abel Mata says he was shocked when he learned he was the center of attention," reported Eileen Frere. "Mata spends as much time as possible with his 2-year-old grandson Milo Walker. He says they were together when police showed up outside his Torrance home and asked him about a young child. Mata says he was told someone had reported a child being abducted."

In addition to police, Mata was confronted by a woman who "had a large knife in a sheath," shouting at him that he was a child abductor.

"I was judged according to the color of my skin and the color of the skin of my grandson," Mata told reporters.