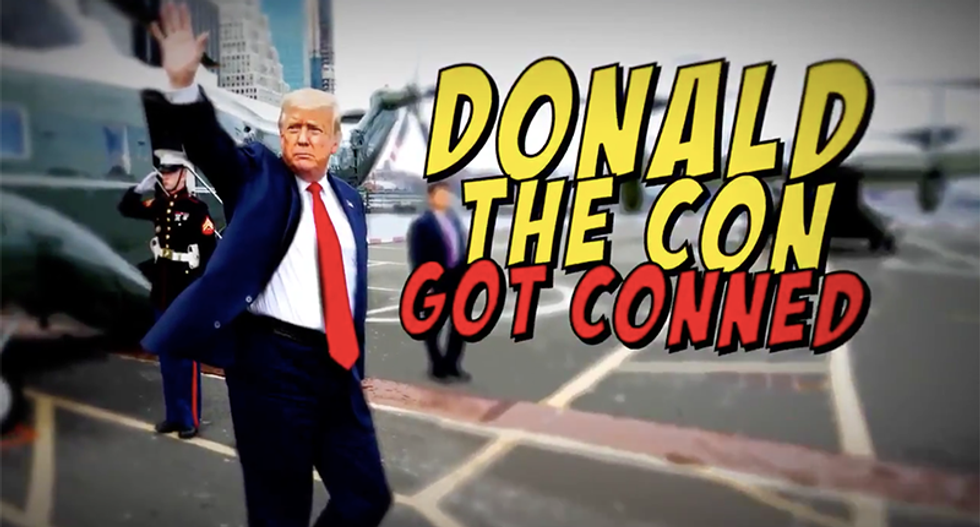 A new Lincoln Project ad mocks President Donald Trump for being a "con" who himself was "conned" by his own advisers.

Trump, who once claimed he would hire "all the best people," raised $1.1 billion for his campaign, only to see $800 million fly out and not do anything to help his campaign.

But while the Trump campaign was spending millions on ads, campaign advisers were making buckets of their own cash.

"You really don't get what they did, do you, Donald," the ad begins before citing yachts, fancy sports cars and other things his aides have purchased off of the millions they've made.

"It starts with a little 'falling off the truck' then more falls off. Pretty soon that $800 million you raised did nothing but make a lot of people rich and left you in a big hole," it goes on.

The ad then attacks Jared Kushner as an "idiot," who they allege is "in on the con."

"No one has spent almost $1 billion to go down 10 points. You really have to work at that," the ad mocks. It closes by saying that on Nov. 3, Trump will be the "biggest loser" and "sucker in history."