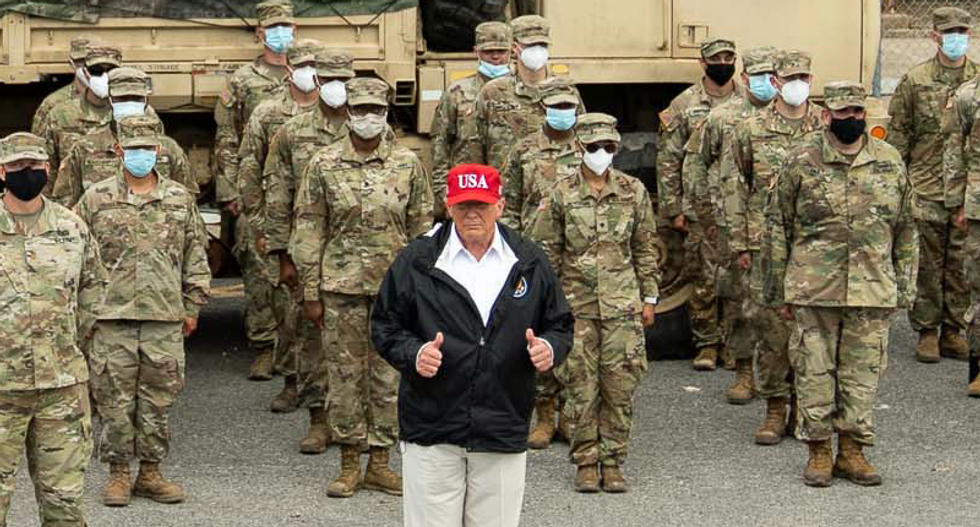 On Tuesday, the Lincoln Project issued a press release announcing a massive ad buy on the Stars & Stripes and Military Times network of publications, aiming ads at servicemembers and veterans to remind them of President Donald Trump's lack of respect for the troops.

“It’s a complete disgrace that a Commander-in-Chief who dodged serving in Vietnam and denigrated POW's publicly has the audacity to disrespect the millions of brave men and women who volunteered for military service,” said Lincoln Project veteran's affairs adviser Fred Wellman. “President Trump has allowed Russia to put bounties on the heads of our brave service members and sought favor with our enemies. The Lincoln Project is taking this message directly to the military community so that every service member, veteran, and their families know the truth about Donald Trump’s betrayal of America’s troops.”

One of the ads cites Gen. James Mattis' criticisms that Trump is a threat to the Constitution. Another slams Trump for doing nothing about a Russian scheme to put bounties on U.S. troops. And yet another details Trump's attacks on POWs.

A recent poll suggested that military voters — normally a reliable Republican bloc — have soured on the president, backing Joe Biden by 4 points.