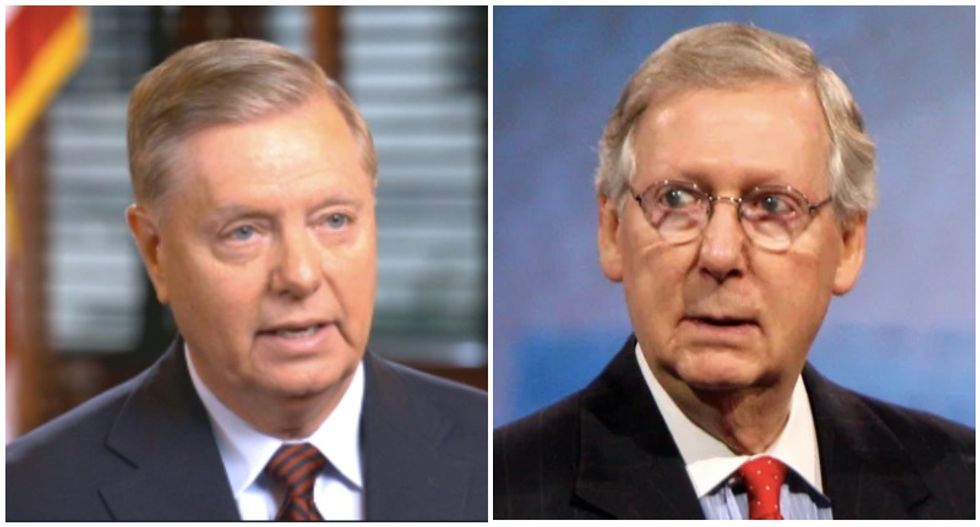 Graham made the announcement on Fox News, hours after Trump officially nominated Barrett to fill the U.S. Supreme Court seat vacated by the death of Justice Ruth Bader Ginsburg.

Shortly after Graham made the announcement on Fox News, the Judiciary Committee confirmed the timeline, CNN's Phil Mattingly reported.

PBS Newshour correspondent Lisa Desjardins did the math on confirmation hearings beginning on October 12th and concluded the final Senate vote could occur on October 28th or 29th -- which are the Wednesday and Thursday immediately preceding the Novermber 2nd election.