Lindsey Graham forced to go on Fox News and beg for campaign cash: ‘I am being killed’ 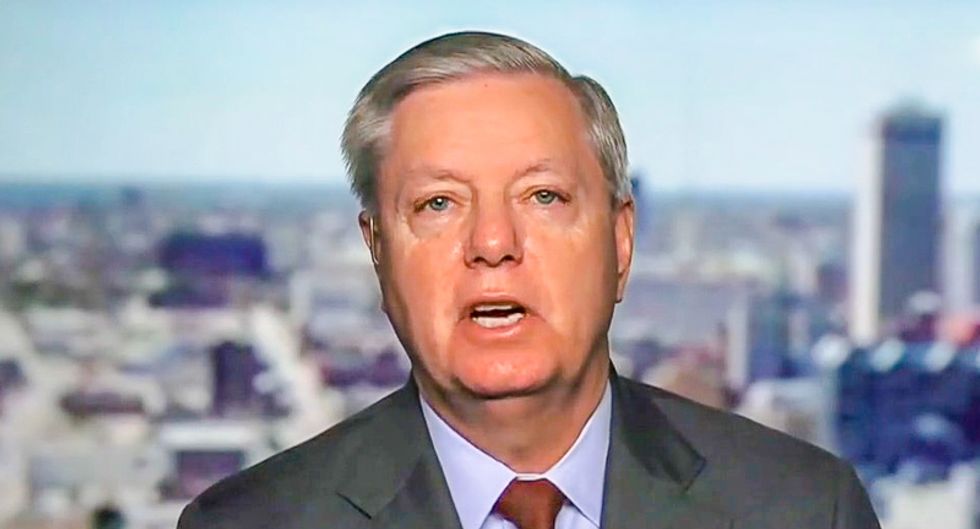 "The survey from Quinnipiac University found Graham and Harrison both drawing 48 percent support from likely voters in South Carolina, with just 3 percent saying they are not sure who they are going to vote for on Nov. 3," reported the Post and Courier last week.

Graham was forced to go on Fox News and beg for financial help from Republicans, though he incorrectly attributed it to the death of former Justice Ruth Bader Ginsburg.

"My opponent will raise almost $100 million in the state of South Carolina," said Graham. "The most money ever spent in the state on a Senate race was by me in 2014 when I spent $13 million. He raised $6 million from the time Justice Ginsburg passed away, within 72 hours and God bless Justice Ginsburg. We're celebrating her life. I appreciate waiting 'til Saturday to announce her replacement. But I am being killed financially. This money is because they hate my guts."

While the death of the notorious justice likely helped Harrison, the Quinnipiac poll was released just before she died as well. So, as Democrats looked for campaigns to donate to, Harrison was among the top, not because people hate Graham, though that certainly didn't help, but because the race is so close.

A whopping $91 million was raised on ActBlue after the justice passed away and Harrison was the seventh top donation target behind Vice President Joe Biden and the various Democratic party committees.