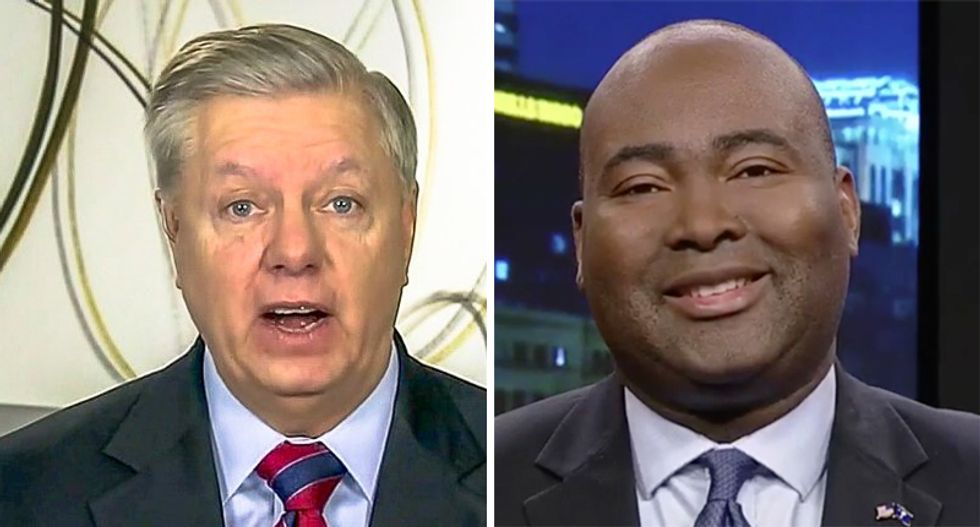 On Thursday, the Democratic challenger to Sen. Lindsey Graham (R-SC) announced that he had raised $1 million just in the last 24 hours.

The fundraising surge came after a bombshell poll from Quinnipiac University that showed the South Carolina Senate race tied at 48-48, suggesting a key Trump ally in a firmly red state is vulnerable in a way most political experts had not expected.

Graham, who has won previous elections by comfortable margins and was a close friend of the late Sen. John McCain (R-AZ), has become a nationally controversial figure in recent years as he has tied himself heavily to President Donald Trump — despite being a fierce critic of him during the 2016 election.

His campaign has been compared to the 2018 Texas campaign of Beto O'Rourke, who took on Sen. Ted Cruz against long odds, and raised tens of millions of dollars thanks to national animosity towards his challenger and a charismatic speaking style that attracted local grassroots support. O'Rourke went on to lose the race narrowly, and has since focused on supporting down-ballot races in Texas.