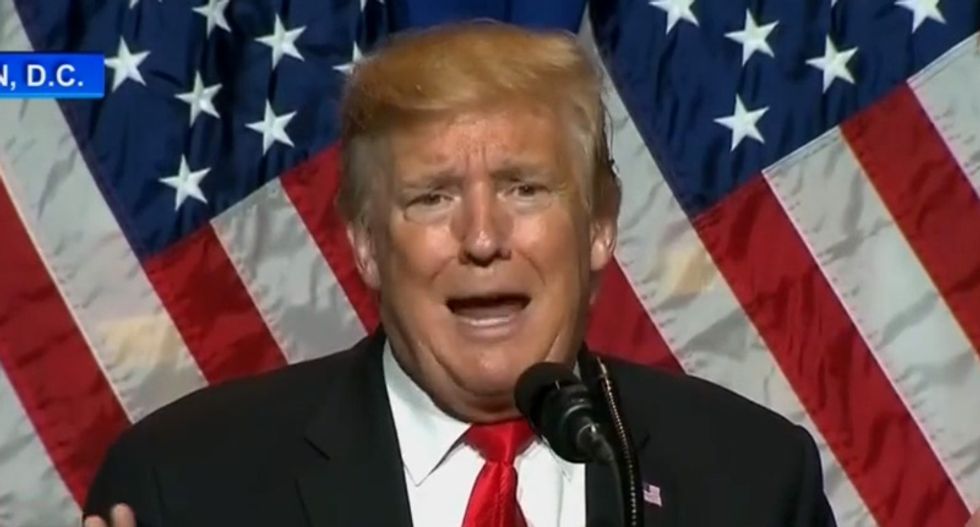 Newly released audio from journalist Bob Woodward shows that President Donald Trump responded to concerns raised about the novel coronavirus pandemic by boasting about how well the stock market has done.

The new audio, which was played Monday for the first time on CNN, dates from the middle of this past August in which the president tries to get Woodward to discuss how he'll be portrayed in his upcoming book.

After Woodward tells Trump that he will find the book very tough, the president asked him what he won't like about it.

"It's tough times," Woodward said. "The virus, as you repeatedly told me and as you've said publicly, it's derailed things, and it's a -- it's a big reality in people's lives, as you know."

"You know, the market is coming back very strong," Trump replied immediately. "You do know that?"

Later in the conversation, Trump told Woodward that "nothing more could have been done" about the virus, and he insisted that he "acted early."

Trump then asked Woodward if he really believed that "the virus totally supercedes the economy" as this year's top election issue, and Woodward replied that it did because the two were directly tied together.

"I mean, more than a little bit," Trump conceded. "But the economy is doing... we're close to a new stock market record!"