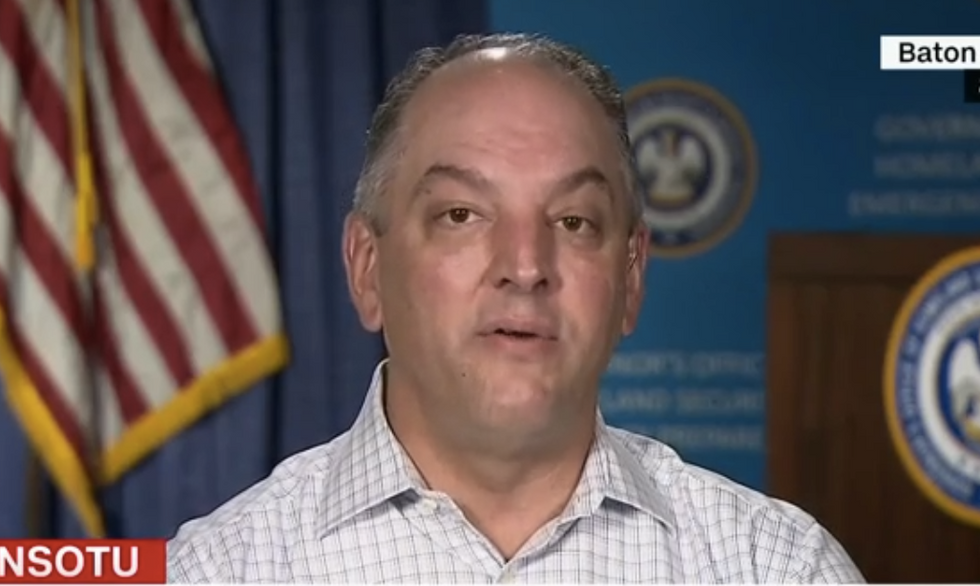 The Louisiana Republican Party is fed up with Democratic Gov. John Bel Edwards trying to contain the deadly novel coronavirus pandemic by placing restrictions on economic activity, and it's reportedly plotting a full-frontal assault on his emergency powers in the coming weeks.

The Daily Beast reports that Louisiana Republicans are plotting to "attempt to drain Gov. John Bel Edwards’ emergency powers during a special legislative session set to start" next week.

Democratic Senate Minority Leader Troy Carter tells The Daily Beast that he expects the GOP will launch a potential "kamikaze fight" against the governor, who has overall earned high marks from voters for his handling of the pandemic.

“I mean, anytime you’re willing to make a statement that is so grand that you’re willing to impact the state constitution, dilute the governor’s authority as it relates to declarations of emergencies and risk federal dollars, that’s tantamount to a pilot flying a kamikaze plane,” Carter tells the publication. "You’re going to crash and burn, and you’re going to kill a bunch of people that you were sworn to fight for."

As for what the GOP wants, Republican Louisana State Rep. Danny McCormick stated this week that he wants a "complete and unconditional reopening of our state and will continue pushing for it," even though the state has seen two deadly waves of the disease that led to over 160,000 infections and more than 5,000 deaths.