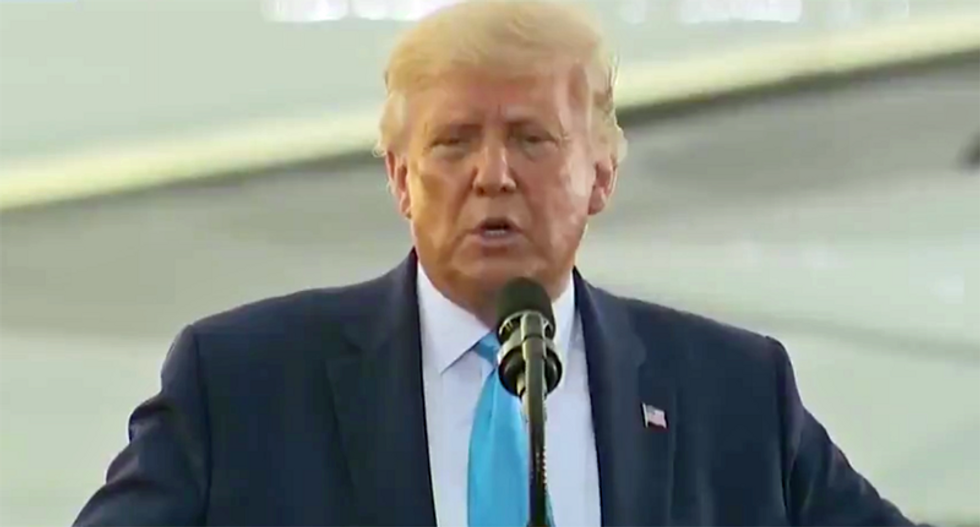 On MSNBC Tuesday in an interview with Rachel Maddow, President Donald Trump's former personal attorney and fixer Michael Cohen laid out a scenario for how the president could immunize himself from prosecution for any federal crimes he has committed.

"You went to prison for those felonies. He's clearly the one who directed the commission of those felonies," said Maddow. "You say, at the very end of the book, that the president and Attorney General William Barr ousted the U.S. attorney of New York and tried to install effectively the president's golfing buddy as the new U.S. attorney there because the president, in your view, wanted to arrange for himself to be indicted while he's still in office because that would give him the opportunity to pardon himself after he lost the election. I just wanted to make sure that I understand the point that you're making there."

"Well, my theory is that if he loses, there's still the time between the election and the time that the next president would take office," said Cohen. "During that time, my suspicion is that he will resign as president, he will allow Mike Pence to take over, and he will then go ahead and have Mike Pence pardon him. And it's a very — let's just say it's a very Nixon type of event, and it was probably discussed between Roger Stone and President Trump at some point. That this is certainly one way to avoid any potential prison time."