More than 50 arrested at Portland demonstration as 'fire bombs' are thrown at officers, police say 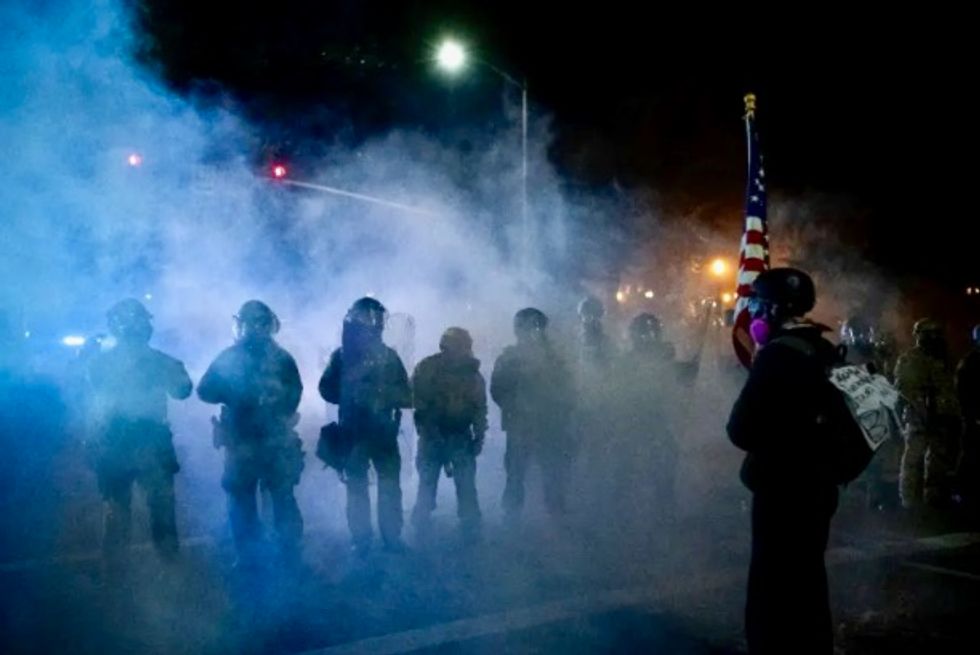 More than 50 people were arrested Saturday in Portland on a night in which “multiple fire bombs” were thrown at officers as demonstrations against racial injustice continued, police said.Officials said a community member was hospitalized after being set ablaze by one of the fire bombs during the demonstration in the Oregon city.Police declared a riot at the scene and said it was clear the intent of the demonstration, which began at around 9 p.m. at Ventura Park, “was not peaceful protest.”“Many in the crowd were carrying large shields and dressed in protective gear including helmets, gas masks...