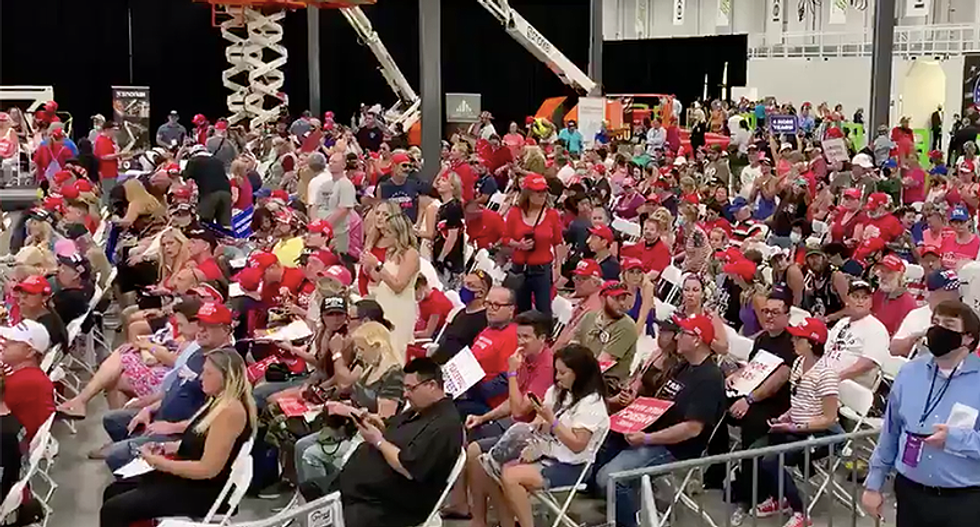 There are about 1,000 chairs set up and none of them are socially distanced. Those waiting in line aren't wearing masks and as they crowd into a large room. But one doctor is blaming President Donald Trump of criminal endangerment and negligent homicide for egging it on.

Speaking to CNN on Sunday, Dr. Jonathan Reiner said that there aren't any other terms for putting people's lives in danger the way Trump is in Henderson, Nevada Sunday.

"If you have a mass gathering now in the United States, in a place like Nevada or just about any other place, with hundreds of thousands of people -- some of those people will die," he said. "There has been a lot of talk about over whether the president played down the risks of this virus to his followers and the country as a whole. And you have to just look at what is going on now to understand that. If you took this virus seriously, you would never hold an indoor rally or almost any rally now and particularly one that doesn't enforce very strict rules on masks. People will die as a consequence of this. I think that Nevada has a law right now limiting gatherings to more than 50 people. So, the president is defying that. Makes no sense."

He went on to say that the virus doesn't care if people are Trump supporters or what political party they're a member of.

"If enough people contract the virus and at a rally like this, some people will die," the doctor said frankly.