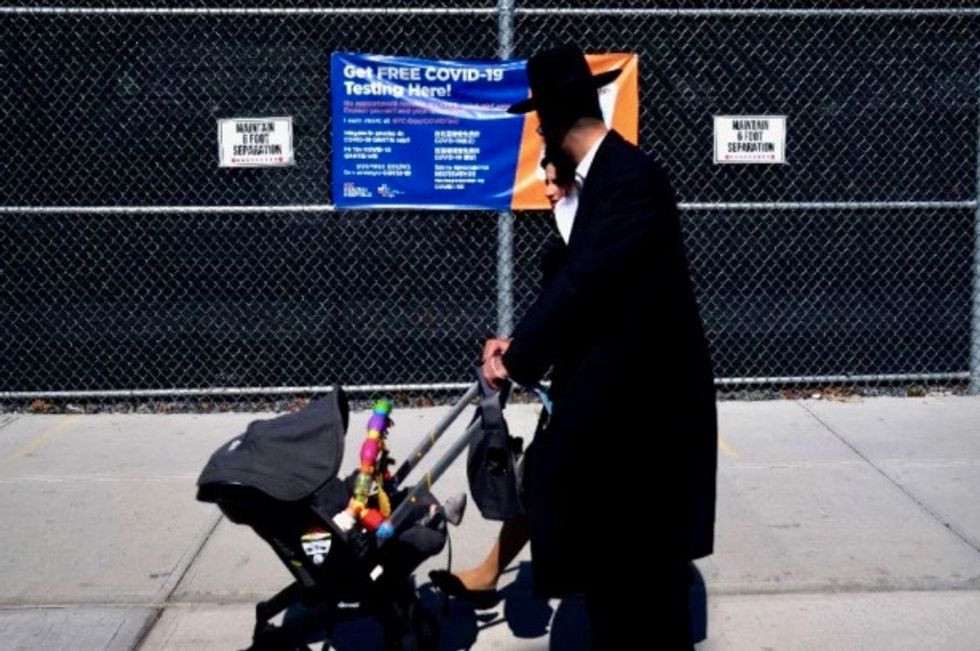 Coronavirus infection rates have increased at "an alarming rate" in several New York neighborhoods, particularly among the Orthodox Jewish community in Brooklyn, city health authorities warned Sunday, threatening to sanction certain schools if they fail to comply with anti-virus regulations.

Although the Big Apple has touted that it kept its infection rate under one percent for more than a month, six neighborhoods in Brooklyn and two in Queens have seen their rates spike, surpassing five to six percent in Midwood and Gravesend.

The increase coincides with the Jewish High Holidays, the most holy days in the Jewish calendar, that culminate Monday with Yom Kippur.

"These areas account for over 23 percent of new cases citywide... despite representing just under seven percent of the city's overall population," New York city health services said in a press release.

They added that the data showed an increase in hospitalized patients in two Brooklyn hospitals, and at least one hospital in Queens.

The increase has raised fears of a second wave in New York, which reported a record 23,800 Covid-19 fatalities when the epidemic peaked in the spring.

On Friday, health authorities organized a press conference in one of the most affected Brooklyn neighborhoods, Borough Park.

"This may be the most precarious position with Covid-19 we have experienced in months," said health commissioner Dave Chokshi, urging people to wear face masks and respect social distancing measures.

But he and his colleagues were booed by at least two people in the crowd, including an Orthodox Jewish radio host known for his anti-mask stance, Heshy Tischler, video from NBC showed.

"There are people who refuse to believe the truth, this is a deadly virus and we have easy ways to avoid it," Mitchell Katz, the chief of New York's municipal healthcare system, told the news station.

Health authorities announced a series of educational activities for neighborhood residents in the coming days.

With the reopening of public schools scheduled for October 1, authorities also warned they would conduct inspections in non-public schools -- including many yeshivas, or religion-focused Jewish schools -- and would close facilities and impose fines if necessary.

But the restart of in-person learning has been a touchy subject and has already been postponed twice, as more parents of New York's some 1.1 million public school students opt instead for remote classes.

The Council of School Supervisors & Administrators (CSA) has called for management of the school system -- traditionally the mayor's responsibility in the US -- to be transferred to the New York state educational services during the pandemic.

But according to the CSA, a union that claims to represent about 6,400 officials for the city's 1,800 public schools, he and Schools Chancellor Richard Carranza failed to hire enough teachers.

It is unclear whether schools will reopen on October 1 as planned. De Blasio and the state Department of Education have not responded to the CSA's statement.